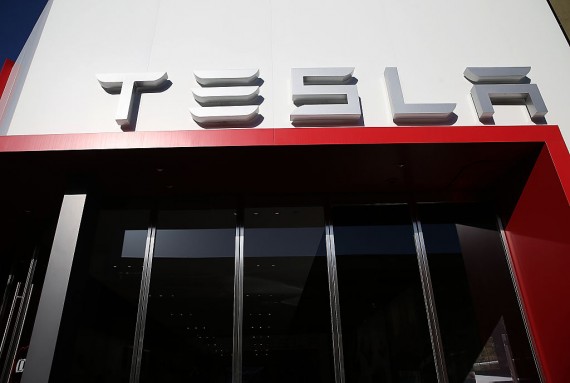 A previous announcement made by Tesla CEO Elon Musk states that the much-awaited Tesla Model 3 would be delivered by late 2017. However, a more recent update says the release is not until 2018. Should you wait? (Photo : Photo by Justin Sullivan/Getty Images)

Tesla CEO Elon Musk announced the Model 3 on March 31 with a delivery date for late 2017. However, some autonomous car enthusiasts are not happy with the news that the release will be moved to late 2018.

Although the delivery has moved, the reason behind is nothing negative of the car line. The company has already received 400,000 pre-orders that caused the manufacturing delay of the car. The delay though, may have consumers thinking of other options in the market.

Other autonomous cars are also due for release for 2017. Models such as the Next generation Audi A8, Volvo XC90, a new Mercedes E-Class, and a few more that made already made their announcements. All these upcoming autonomous cars are promising in their own ways, and can be a tough competitor for the Tesla Model 3.

The cars mentioned above all have autonomous or auto pilot capabilities, has a lot of features including camera and laser technology, sensors, high-end navigation systems, and safety features. Most are similar to what the Tesla Model 3 promises.

More and more manufacturers are slowly, but constantly, moving into autonomous car production and development. Each one, having a say in their own perspective. All are focused in road safety and being environment friendly. Tesla may need to speed up their pace in order to maintain its status as the leader of the pack.

One factor that consumers, who are looking at other options, may want to do is to research on how long the batteries will run. Autonomous cars are powered by batteries and are electrically charged. Buyers may want to check available charging stations first before saving their hard earned money for a brand new autonomous car. Since the technology is young, it is no wonder that there are only few charging stations available.

These cars are truly innovative and cost efficient in terms of daily use. And, like any other new technology, almost everyone is excited and would want to get their hands on one as soon as they can. What is really important is that everyone is aware of the capabilities of what they are purchasing, be it a petrol or an electric car.

Although understandable, Tesla's announcement to delay may make a big impact on the autonomous car market. Other manufacturers may use it as an opportunity to lead the race in the market, and may cost Tesla a huge amount of revenue. The decision, anyway, will still be left to the prospective buyers.

Honda enthusiasts are in for a treat as Honda has now revealed the all-new 2017 Civic Hatch Type-R.

Stock specs and an automatic transmission? Who would have thought the Chevrolet Camaro ZL1 can run a record-breaking lap in the “ring?"