Here Are 4 Reasons Why Overwatch Is Just So Popular 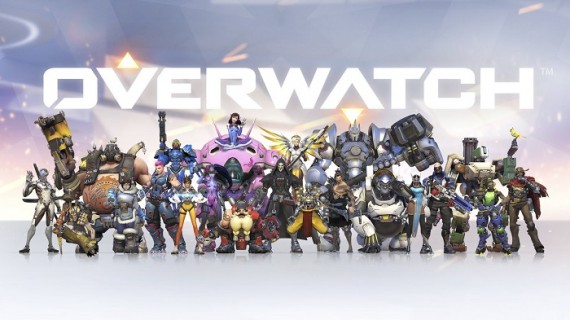 Overwatch is, without a doubt, among the highly celebrated games of today. (Photo : PlayOverwatch/YouTube)

There's no doubt that Overwatch is among the most popular titles of today. Heck, it even conquered the eSports scene quickly. It's safe to say that Blizzard simply knows how to develop games, further cementing their reputation in the industry. With that being said, here are 4 reasons why you need to play it. Because really, you must consider doing so!

This is really true -- Overwatch is definitely one of a kind. You can say that it's a Team Fortress copy or whatnot, but the game absolutely has something different to offer. The title is more like a breath of fresh air to the genre. Think about those cliché war-based and/or military style first-person shooting games. Aren't they just similar to each other? This game just knows how to make things totally new and innovative.

Overwatch Is All About Team Work

Let me add this, too: Overwach is also about using an effective strategy. Other games on the same genre is most likely about getting the most kills (and death, sadly) in battles or matches. Blizzard's titular title highly veers away from that typical sort of thing. It's more about playing together as a team and achieving a goal -- that is to conquer or control a certain objective at hand. This goes without saying that the title is all about unique team work strategy. That if you don't fill the role assigned to you, it's almost impossible for your boys to win.

Overwatch Has Style And Personality

You can say that Overwatch is not really a notch higher compared to other FPS games of today. After all, they have their own identity to offer. However, when talking about carving a very unique personality, Blizzard's title is definitely the winner. Think of the heroes having their own individuality and traits (and even mannerisms). And with these, they seem to standoff from each other in the roster -- in a special way. What even makes all of these interesting is the fact that the game has style. The studio (though not entirely part of the official game) opens up each characters with their own history. They have their own stories to fill and share, something that just makes the gameplay experience a satisfying thing to have.

Because Blizzard Made Overwatch

It's no secret that developers tend to create bad games (No Man's Sky perhaps?), but Overwatch isn't. It might not be the greatest game, but it's certainly not a bad title. Blizzard is simply not one of those developers. The video game company has proven countless times the kind of professionalism they can offer to the industry. From World of Warcraft to Hearthstone to StarCraft to Diablo 3, most -- if not all of them -- are highly celebrated. This only goes to show that the studio knows what the best offer to give -- one that the community can't simply refuse. And yes, the very success of OW is proof to that.

What are your thoughts on Overwatch and the reasons (mentioned above) why one needs to play it? What are your views towards the game? So far, are you enjoying it (given that you're playing the game)? You can share to us what you're thinking at the comment section below!

Wondering what skills Sombra can hack and not in Overwatch? Well, check this out!

Blizzard Shuts Down The Idea Of Remaking Early Warcraft Games

It seems Sombra is just a beginning to many Overwatch heroes (as well as new maps). Here's what Blizzard plans to do!