Ice Skating Mangas To Read While Waiting For New 'Yuri!!! On Ice' Episodes 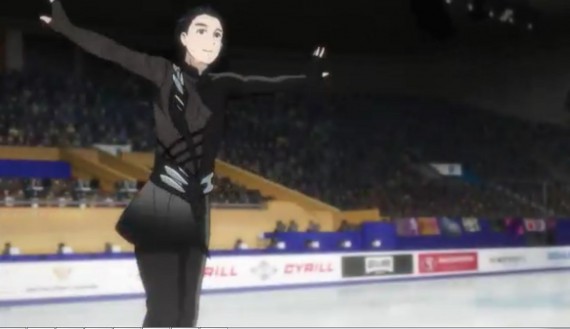 Yuri had a perfect "On Love: Eros" performance on "Yuri!!! on Ice" episode 6. (Photo : Rea™ Promotions/YouTube)

Waiting for an episode a week is like a sweet torture for most anime fans. It is much worse for an original anime like "Yuri!!! on Ice" which does not have other materials like light novel or manga. The most we can do while we wait is to repeat the previous episodes to satisfy ourselves.

In "Yuri!!! on Ice" episode 6, we saw more heart-pumping performances from various skaters. But while we wait for more of "Yuri!!! on Ice," why not read some related mangas? Here are some mangas involving ice skating that you can read:

The story features Oosawa Masaki, a girl who is always mistaken as a boy. Her father is a karate master and she has been trained in karate for as long as she remembers. She's a junior champion in karate and can beat up even boys so nobody treats her like a girl at all. One day she meets a guy who treated her as a girl for the first time. After learning that he's a figure skater, she took up figure skating and decided to turn herself into an effeminate girl in the skating rink.

I really loved the story. The way the main character tried her best effort to try to change is so funny and inspiring. I like how it focuses more on the sport than the love story, too. However, this series was rushed because its run was cut short -- such a waste of a great story.

Noel wants to live a simple life but she is not an ordinary fifteen-year-old. She is the All Japan Junior Champion in figure skating and what's more? She is in love with her older brother (they are not related by blood; her brother is adopted but she doesn't know it) who is also his homeroom teacher.

If you are the hardcore sports type, you might not like this because it focuses more on romance that sometimes it skips some performances and there are chapters where you don't see the main characters at the rink at all. Well, it mixed many manga relationship taboos into one: incest, teacher-student affair and large age gap. The art is good if you put into consideration the year it was made.

"Blizzard Axel" follows the story of Kitazato Fubuki, a guy who wants attention because he is not much loved at home where he is always overshadowed by his talented brothers. He spent each day fighting. Yet his life changed one day when he managed to do a quadruple and a half jump in a public skating rink and he had people's attention for the first time in his life.

I don't like the art seriously as it looked like he was doing some sort of karate in the skating rink, but the story is very inspiring. Another bad thing, it is hard to find the scanlations for this manga.

Yukino is a former skating champion who quit skating due to an injury. While bidding farewell to the skating rink where she trained, a former skater, Itsuki Kouga, saw her skills and partnered her to a half-Japanese, half-Canadian skater, Romain Guilbert, for ice dance.

It's a nice story with old art but I think two handsome and cool main characters for a sports manga is an overkill. I had a hard time deciding who to ship with the main character! That aside, the story has a balance of sports and romance.

This manga follows the story of Tazusa Sakurano, a figure skater who is no good at socializing due to her sharp tongue. She also had a string of bad luck in competitions. However, everything changed when she was possessed by Pete Pumps, a Canadian stunt pilot who died in a crash and needed to wait 100 days before he can go to heaven.

The classic among skating mangas -- I loved how Tazusa was able to change herself with the help of Pete. I also love their constant bickering and how Tazusa sometimes turns into a masochist to punish Pete who is inside her. I knew that love between a ghost and a human is doomed from the beginning but I really can't accept that they didn't end up together as Pete went to heaven. This was originally a light novel and the first arc of the story was made into a 12-episode anime series in 2005.

Trying to venture out into Korean webtoons? Here is a list of adventure and fantasy genre webtoons with cool protagonists which will surely make you hooked on reading webtoons.

'Yuri!!! On Ice' Episode 6 Recap, Episode 7 Spoilers: Yuri Ranked First In First Round China Prelims; Can He Deliver Another Perfect Performance In The Free Program?

Yuri got a new personal best and ranked first in the first round of the Grand Prix opening in China. However, nerves and pressure will get into him in "Yuri!!! on Ice" episode 7.