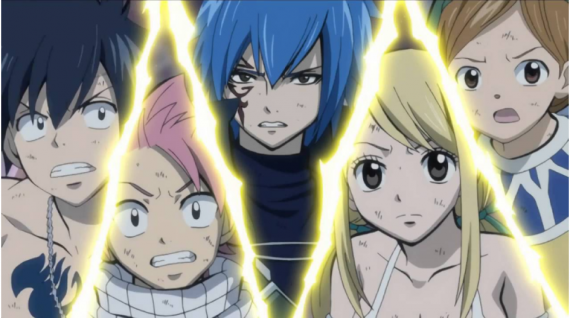 Manga series has continuously gained popularity throughout the years. Here are some of the best manga series that you should read now. (Photo : Rabi Narayan Panda/Youtube)

Manga is a Japanese comic book that tells a wide variety of stories. It has been popular for many years now and still continues to rise in popularity as more and more people become aware of it. The art form of these Japanese comics stem from the earlier Japanese art but later turned into an original art form in itself.

The Japanese are the main market of these manga series, but after a while, even the Westerners began to enjoy it. The manga has a wide range of stories from comedy, horror, historical, romance, and even sexuality.

Here are some of the most amazing Japanese manga series out there that you should start reading if you have not yet.

This famous manga series is written and illustrated by Yoshihiro Togashi. It has been around since 1998 and currently has 350 chapters. The series focuses on the character Gon Freecs who found out that his father is alive after being told for years that he died. His father, Gin, is a famous licensed hunter who pursues different rare animal species, treasures, criminals and others.

Even though Gon was abandoned by his father, he found his father's profession intriguing so he decided to become a hunter himself. He embarks on a journey and meets other hunters in the process.

Pretty awesome, right? Yoshihiro Togashi got inspired to make the manga because he collects things as a hobby. As of the moment, the manga is on an indefinite hiatus due to the declining health of Togashi. It has been made into an animated series and fans are currently waiting for the next season to be confirmed.

Created by Hiro Mashima, this manga series has been around since 2006. The series is currently on its 510th chapter with one chapter being released every week. The series follows the story of Lucy who ran away and joined Fairy Tail. She was invited to the guild by Natsu Dragneel who stumbled upon her while looking for his father Igneel.

They form a team together with other characters such as Happy, Gary, and Erza. Together, they traveled and took on missions including stopping the dark mage Zeref. The plot is quite complex and I wouldn't want to give out too many spoilers here. But trust me, it is pretty awesome.

Hiro Mashima wanted a more fun project after finishing "Rave Master." He decided to create a manga that is based on the characters around and was inspired by wizards. The manga series was turned into an anime which ran from 2013 to 2016.

This is the manga that introduced many Westerners to a different world. It was written by Akira Toriyama and was published in Weekly Shonen Jump from 1984 to 1995 and ran for 519 chapters.

The manga series has many comedic aspects that's why both the Japanese and Westerners were drawn to it. It follows the story of Son Goku and his friend Bulma who went on a journey to find the seven Dragon Balls. During the course of their journey, they got themselves tangled with several characters, some good, while others are really bad.

The manga is enjoyable because of the many elements meshed together. Even more, it has a tournament called "Strongest Under the Heavens Martial Art Tournament." How cool of a name is that? Anyway, if you have not read it yet, give it a shot. You will spend hours on it for sure. You can also just watch the anime version "Dragon Ball" and "Dragon Ball Z."

Written and illustrated by Hiromu Arakawa, the series ran from 2001 until 2010 and has 27 volumes. The story is an alternate history of Amestris and practices alchemy in its world The government employs several alchemists who automatically ranks as Major in the military. These alchemists can do anything except a transmutation on humans and gold.

The manga follows Edward and Alphonse who are brothers. When their mother died, the two brothers performed the forbidden transmutation of human to resurrect her. However, things did not turn out the way they planned.

Alphonse lost his body but Edward who had managed to attach his soul to a suit of armor. Edward lost his right arm during the process. Edward became a Fullmetal Alchemist and was recruited to join the government while he tries to find a way to restore his brother's body.

Have you read any awesome manga series lately? Feel free to share in the comment section below.

Fans of the anime series "My Hero Academia" may already know that a second season is in the works but recently news that an announcement about its air date will be made this December.

The manga series "Toriko" is ending. The next chapter is said to be a climax chapter which is sad for most fans.