Why Did Facebook Fake News Outperformed Real Election Coverage In The Most Decisive Months? 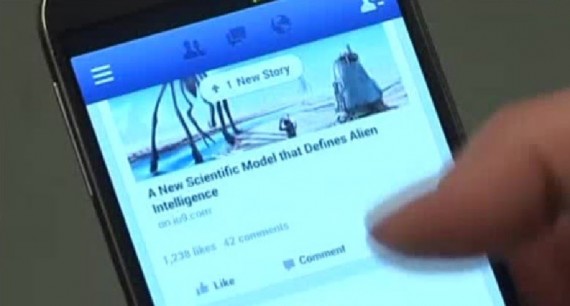 One of the most famous fake news shared on Facebook, was about Hillary Clinton selling weapons to ISIS.<br /> Sensationalism is always more attractive for users than the common way of doing journalism. (Photo : Youtube/ Wochit News)

Some days ago Facebook CEO Mark Zuckerberg was blamed for helping Donald Trump winning the 2016 U.S. election, by letting him post controversial statements on the platform, and by letting some users post fake news in the most decisive months before the event. Although he said that there was no way that these details make the republican candidate get elected, it was known that the fake news actually outperformed the real election coverage, receiving more likes, shares, and comments than any real story regarding the event.

Getting to this point, what everyone wants to know is why did this happen, which seems to be an uncertainty whose answer might be easier than anyone could imagine, considering that even when reality is crazier than fiction, fake news tends to be more shocking even when you know that it isn´t true.

First, a simple question: have you noticed that every fake story is never about a simple thing like men going to the market when he actually went to a hospital or saying that a woman was watching a movie when she was actually reading a book? This is because it is obvious that fake news soul and structure are extremely similar to sensationalism journalism, in which everything will be exaggerated to a point in which the history is absolutely shocking and easy to read.

This is because one of the biggest peculiarities about fake news is that these are never written in a professional manner, in fact, the common denominator of these stories is that they´re always showed in the simplest way possible, no matter if there´s grammar failures or sacrileges like writing Curt instead of Kurt, inventing some kind of nickname like Donny instead of Donald. Can you see the similarities with sensationalistic media?

Also, the other common strategy in which the example about the men in the market and the woman watching movies can easily be referenced to show that fake news is never about simple things, is that these stories always use an element that could be attractive, important or controversial to everybody, in order that that story could be widespread.

In a previous article in which it was showed the most incredible fake U.S. election news, there was a story about some Kurt Cobain´s prediction about Trump winning this year, and another one in which the Pope Francis endorsed the Republican candidate. One story had someone as controversial and famous as the Nirvana front man, and the other had the most important religious figure.

It is obvious that a lot of people will want to read that story, and some percent of them will think that it is a real news, and will believe it and share it on the social platforms. It is something that many of those who wrote the fake news knows, and they don´t have to be precisely Norman Mailer to know that. In fact, it was reported that the Pope story generated 960,000 reaction, comments and shares on Facebook, outperforming the most important election stories from important media as CNN, The New York Times or The Washington Post.

Is Not Only The Method But Also The Moment

Naturally, another important element in this equation is the moment in which the fake news were published, giving the fact that in a major event as a presidential election, the last months before a candidate is chosen are characterized for being so frenetic that every single story would be some kind of Watergate for many people, who could act in consequence.

If you add that this is a great scenario for social networks as Twitter or Facebook, considering that millions of users will be using it to share, comment or just talk about the fake news, you got a context in which the 20 best-performing fake stories regarding to the elections acquired almost 9 million of interactions on Zuckerberg´s platform, while the top 20 articles from NBC News, the Washington Post and The New York Times only generated 7.4 million.

The interesting thing about these fake news is that the majority of it were stories that somehow benefits Donald Trump, which could have also be inspired by how conventional media were against him during the election, considering that there hasn't been any another event of this kind if the U.S. in which the radio, TV, and press stood against a presidential candidate so unanimously. Of course, it could also be based on the fact that Trump is a very controversial figure.

Unfortunately, fake news will always be more attractive to the real, because even when the reality could be extremely shocking, adding false elements could skyrocket it to the point in which could become something as interacted as the Pope story. Why do you think that sensationalism is way more attractive than orthodox or the usual journalism?

Recently, many people blamed Facebook for influence the U.S. elections by letting Donald Trump said what he wants on the platform. Google recently launched its fact-check feature, which mark the fake news.

How harmful could be a tweet or a Facebook post now that he´s the new U.S. president? Although he succeed an impossible mission by controlling social media during the campaign, now is way more difficult.