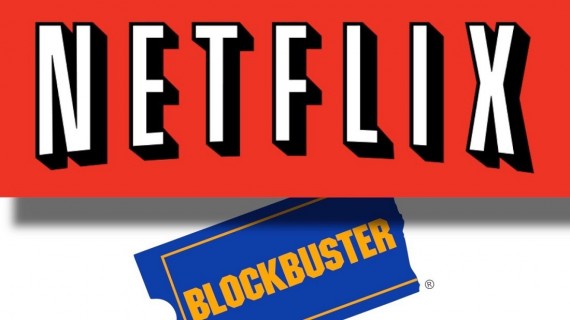 It will always remain unknown what could happen if these deals ended up taking place, but the truth is that its outcomes weren't bad news at all for the users. (Photo : Youtube/WatchMojo.com)

When you think about tech business that went wrong, you naturally will find some cases that were known for being an incredible deal that didn´t close because of some little details or disagreements. These kinds of situations tend to be a huge disappointment for the parties involved, and everyone returns to its own business without traumatic changes. However, there are some cases in which the deal is never closed by an outstanding mistake whose consequences are showed late, proving that it could be a deal that would definitely change the history. These are the most incredible cases ever.

News Corp Bought Myspace, Destroyed And Finally Sold It For Much Lower Price

Before Facebook became the two-headed lion that would rule the social media jungle, Myspace was one of the founding fathers of these revolutionaries' platforms, to the point where its innovation marked a turning point in which our life will never be the same. Unless you were one of those of those creepy persons that never had a Myspace account and didn't know at that time that something ground-breaking was taking place. And yes, I was one of those guys, but that´s not the issue here.

The thing is that this platform was suddenly forgotten and everyone started to use the new ones, disappearing some years later in a way in which almost nobody knew or care. If now you´re asking what happened with Myspace, let´s say that everything started in 2005, when News Corp decided to buy the social network for $580 million, which seems to be an extremely great deal, giving the fact that the site was currently at its best moment, and the only scenario in which this win-win situation could end up failing miserably, was if News Corp managed the worst way possible.

Although the first year was great -Myspace value was estimated at $12 billion in 2008- in the subsequent three the company managed the site in the worst way possible and failed miserably. Myspace declined terribly, and the platform loses its popularity because it didn't adapt to the new times and needs, so people decided to emigrate to others social networks that were emerging . The worst thing was that News Corp sold the site in 2011, for just $35 million. Not even 4Chan deserve this kind of ending.

Blockbuster Could Have Bought Netflix Multiple Times But Decided Not to

The thing about Blockbuster is that usually makes us remember that there was a time in which renting movies was as great as downloading the entire Breaking Bad series in Blue Ray, within 5 minutes. Is like those kinds of things that make you remember a moment that will never come back, for everyone´s sake.

Although Netflix is the real deal right now, what seems extremely surprising is that Blockbuster had multiple offers to buy it, but turned down each one of them. Believe or not, despite of what we know about Blockbuster´s lack of vision of getting into the online video streaming service before everyone else does, the reality was even more disgraceful for the video rental company, since it had the chance to be one of the first to get into this new market, but didn't take it.

History goes that in 2000, Netflix proposed Blockbuster to handle its online component, so the company could handle its in-store component, which could also eliminate the annoyance of mailed DVDs. It was something extremely beneficial for an affordable price, is was like investing in sunlight just a few years before the sun ever existed, but Blockbuster didn't saw it as a good deal. In fact, it has been reported that when Netflix made the offer, some guys of the video rental company laugh at them and didn't accept the offering. Nowadays, we know who is running this market, and who doesn't even exist anymore.

The Worst Tech Business Mistake In the History: Excite Had The Chance Of Buying Google For Less Than $1 Million

Before Google became the biggest tech company in the history and was just the new kid on the block, Excite was the No.2 search engine behind Yahoo, and it was unlikely that anyone could replace its position in the market. Giving this situation, Google´s Co-founder Larry Page made the decision of offering Excite its company for just $750,000 in 1999, with the condition of replacing its technology with Google Search tech.

Apparently, this represented a huge inconvenient for Excite´s CEO George Bell, giving the fact that it would have to replace its own technology and engineer team with another one that even when it had proven knowledge, he didn't know. For Bell, this represented a Trojan-horse situation that he wasn't willing to accept, considering that at that time, the differentiation in search results between Excite and Google -which was called BackRub at that time- weren't so dramatic to make this kind of move.

Although this was not a case in which a company made a stupid mistake as Blockbuster, and it actually had reasonable motives for not accepting the deal, the real mistake was not seeing the threat that Google could represent the company in midterm, giving the fact that at that moment, when Excite was way more important, Google´s search result was almost better. It could have been one of those deals in which the acquisition would an intelligent investment to prevent the rise of a threatening competitor.

However, Excite didn't accept the deal, and we all know the rest of the history: the company was sold some years later to Ask.com, and Google become so giant, powerful and massive that it could be compared to some kind of technological Big Brother that rules the entire world, in addition to being the most important company in tech business.

Facebook has copying Snapchat Features more than 10 times. Twitter is looking to keep its teen and millenials users, considering that most of them are "emigrating" to other platforms as Instagram or Snapchat.

The Most Disastrous Products Ever Made By Apple, Microsoft And Google

Although these companies as always released extraordinary products, there are some that has been terrible, inefficient and extremely useless. Could Apple, Microsoft or Google launch another disastrous device in the next years?

The giant asteroid 1998 OR2, which will be visible through small telescopes as it travels near Earth on April 29, may be identified as a possible threat to the planet due to its proximity, says NASA.