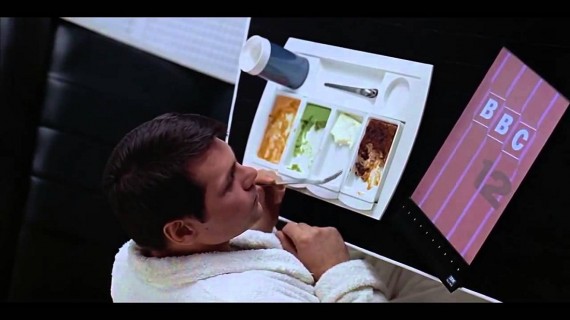 How many movie technology devices that we have seen in today´s films will be released in the future?<br /> Although you may not believe it, the Terminator´s arm has also be released. (Photo : Youtube/Paolo Landoni)

The common denominator of any futuristic movie is its attempt to predicting several devices that the writer thought it would be used in the future, as the flying cars or the robots. Although almost 80 percent of this predictions tends to be inaccurate, there has been some that actually ended up existing in our lives, which makes the movie in which the tech devices appeared, into some kind of relic that inspired the most important tech innovators. These are the most amazing cases.

James Bond´s Biometric Handgun Is Now With Us

In Skyfall, agent 007 have a biometric PPK handgun that is characterized for fire unless James Bon is holding it, which means than anyone else who have the gun won´t be able to use it. This also happens in Metal Gear Solid 2, but considering that I´m talking strictly about technology that appeared in movies, let´s keep it that way.

Like I was saying, James Bond´s pistol something incredible that seem almost unlikely that it could exist in the real world. However, this biometric handgun is now a reality, giving the fact that it has been developed a fingerprint scanner that will recognize the gun´s owner so only he/she can use it.

Many believes that this represents an effective safety measure to avoid anyone else to use the weapon in question, considering that in the last months there has been a lot of accidents regarding children and kids grabbing their parent´s weapon, and criminals who takes the officer´s gun and use it. In fact, many of this criminals´ weapons are stolen, which mean that a biometric handgun might be also a good strategy to fight crime.

A Tablet Appeared In 2001 A Space Oddisey

When you think about Stanley Kubrick´s masterpiece 2001 A Space Odyssey, the first thing will come in mind will probably be HAL 9000 and its disturbing voice and red light. However, the most incredible detail about this film is that there´s a scene in which the members of the ship are using a device that looked exactly like a modern day tablet, which probably represents the most incredible tech prediction ever saw in a movie.

Although the movie was released in 1968 and wanted to predict an event in 2001, tablets were created later and released on the market, which markets an authentic innovation in the tech world, giving the fact that it is a device whose portability allows users to carried it wherever they want without a problem. Not knowing it, Stanley Kubrick made a huge contribution to society not only with its extraordinary movies but also with the creation of an imaginary device that would later exist.

This was probably one of the eighties cult classics, which showed an unlucky guy wearing a robot suit fighting crime with the best the technology of the time. And I´m not talking exclusively about the weapons he had, I´m including incredible devices as his visor, which allowed him to get the entire information of a criminal right in the moment.

As is expected, we could say that this device was already created, as tech giant Google released in 2015 its smart glasses, which allowed to get to the internet, taking pictures, filming videos, get to your email and stalk anyone you want with it. The big issue about this product is that it sells didn't meet expectations and become one of the worst failures in Google´s history, to the point in which it was forced to kill the product not so long after it was launched in the market.

It will always remain unknown what could happen if these deals ended up taking place, but the truth is that its outcomes weren't bad news at all for the users.

The Metal Gear Solid movie is still being worked on and the director wants the original voice actor of Snake to reprise his role.