'Gilmore Girls' New Trailer Is Already Available, Can They Live Up To The Hype? 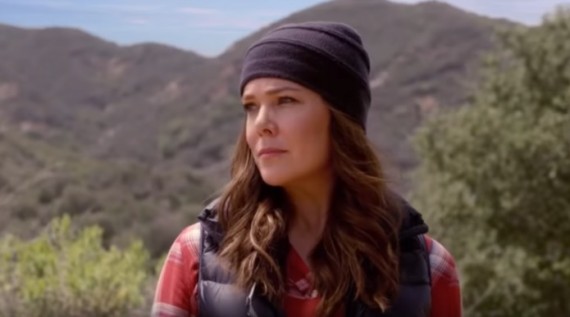 Let us take this chance to thank Netflix us they unleashes the revival of one of the most epic series we had in the past decade, Gilmore Girls. The remake will be shown on November 25 and fans can't wait to see it.

The last episode shown by this massive TV series was almost 10 years ago. It was considered as a pioneer and a barometer when it comes to comedy drama series. Gilmore Girls debuted last October 5, 2000 on the WB network until they moved to CW on September 26, 2006 due to variety of reasons. The series was so massive that it even reached fame outside the U.S. soil.

The show revolves around the life of a single mother named Lorelai Gilmore and her daughter, who was also named Lorelai but prefers to be called as Rory. They live in a fictional town called Stars Hollow, Connecticut which is approximately 30 minutes from Hartford as the in the pilot episode. Their town is filled up with colorful personalities and plays a great part on their journey.

The series is simple but in some cases complicated. Gilmore Girls doesn't only focused on family issues but friendship and romance as well. Multiple episode shows the division in social class and ambition. It also shows the power of having a family, co-worker and a loved one always ready when things gets a little chippy. The TV series also showcase the social commentary that is directed to Lorelai's problematic relationship. She has to deal with her obsessed and wealthy parents.

Gilmore Girls won a lot of awards during their time. They are considered as a pop-culture icon and they should be. Maybe their biggest award is when they won an Emmy last 2004. The show placed outstanding numbers when it comes to TV ratings and sales. Time magazine hailed Gilmore Girls as part of the "All Time 100 TV Shows" in 2007.

Reason Why Netflix Decided To Do A Reboot

There's a lot of reasons we can think of on why Netflix decided to do the reboot. This might hurt legions of fans of the show but here's the story behind it. Netflix right now, is not concerned with ratings. As per reports, they have a plan for their ratings to go up and they will do it once it is needed. They don't see the low ratings as a threat right now. The main concern of Netflix is to get as much subscribers as they can. By rebooting a TV series classic, they are hoping that the avid fans of Gilmore Girls will be hooked with the other programs the Netflix is offering.

We are not sure if this bold move will be a solution on their impending issue about subscribers. However, it is a risk that they have to take in order for them to survive in the future.The fans of the show might be on their 40's or early 30's right now but I can guarantee you that they want to relive some of their memories by watching one of their favorite TV series, the Gilmore Girls.