Nokia Return To The Phone Business: Could The Finland Company Recover Its Old Relevance In The Market? 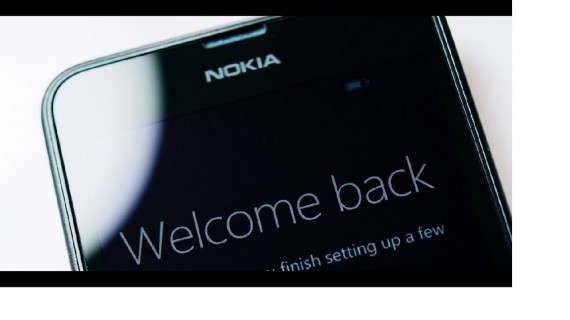 Back in the days, Nokia was the most important phone company in the market, to the point in which it was a giant whose power wasn´t threatened and its products were a Holy Grail that marked an entire generation that started to use mobile devices. However, the arrival of the smartphones and especially the iPhone represented a huge setback for the Finnish company, to the point in which it basically disappeared as phone manufacturer, having to stare at many other companies taking its reign and its position in the market.

Naturally, it was a situation that no one expected and Nokia didn´t knew how to handle, failing in adapting to the new spec, features, and necessities that users demand in mobile devices. However, the Finnish company will be back to the competition in just a few months, since it announced that it will release new smartphones. Naturally, everyone is expecting a huge comeback from Nokia, but the real question is: could it recover its old relevance in the market?

Of course, this doesn't looks as an easy mission for the Finnish company, considering that a lot of water has flowed under the bridge since its decline, with many companies as Apple or Samsung becoming the new giants in the phone market, with such an unprecedented power that it could even survive situations as the Galaxy Note 7 fiasco.

It is obvious that Nokia will not achieve this kind of hegemony, but if the Finnish company wants to recover its old importance it needs to release smartphones that offer almost the same as the newest to be launched, considering that 2017 will be a year framed by the iPhone 8, the Galaxy Note 8, and the OnePlus 4.

Regarding this situation, some reports have revealed that Nokia´s new smartphones would be equipped with a Qualcomm Snapdragon 820 processor, a 22MP camera, and an IP68 waterproofing certification, which clearly represents Nokia´s seriousness in its endeavor, considering that this features might could show us that its new products would be attractive enough to start this comeback with the right foot.

Although it might not conquer similar sales as this other flagship, Nokia´s main objective have to be the achievement of good critics and decent sales, so its brand´s relevance keep high enough to people keep buying its smartphones more and more. It is obvious that recovering its old importance won´t be done precisely in one year, but achieving good sales and reviews could make it sooner than expected.

Another important detail that the Finnish company should be aware is the price, considering that if it can´t create something incredible as what is expected to be the Galaxy Note 8 or the iPhone 8, offering product with an affordable price will be an effective strategy to gain customers´ approval no matter what.

In fact, this has been exactly what some Chinese company has done, being OnePlus the best example of all, considering that its model OnePlus 3 has got to the point of being consider as a flagship killer. If Nokia´s new smartphones come with a cheap price and decent specs and features, its road to success will be secure.

Nokia will start its resurrection in the back of the bus at the MWC 2017, with two very powerful elements that none smartphone maker has: still being a popular brand and at the same time a new face in the market, which tends to create illusions and expectations in the customers. Sometimes, a harmful decline could be very useful.

Many users feels betrayed for Apple´s actions regarding this issue. The company said that this could only be possible if a customer dropped the smartphone or used in a way that could damaged it.