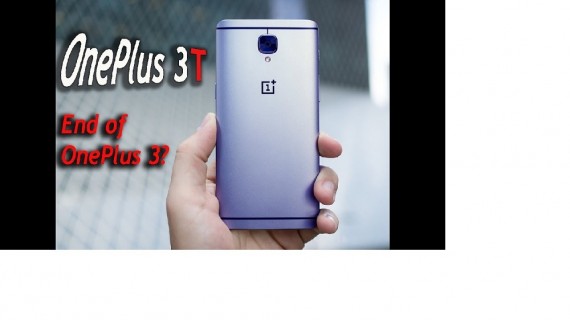 OnePlus 3 was such an extraordinary mobile device that it was considered as a flagship killer.<br /> The OnePlus 4 is expected to be launched next year, and become another success for the company. (Photo : Youtube/ Pros & Cons)

What started as a rumor is now a reality: the OnePlus 3 smartphone has been officially discontinued, and could never come back to the way we originally know it. In fact, the upgraded version OnePlus 3 ST-which will come with Snapdragon 821 processor and other incredible improvements as a faster and customizable OxygenOS- was launched on Tuesday, and the highly-anticipated OnePlus 4 could be launched next year.

Although it is not official yet, is very likely that the company will kill this smartphone in order to ensure the sales of the new devices, which is a very normal move for a company to prevent a cannibalization, which is one of the worst scenarios that could be suffered, considering that the new product would not meet expectations and it could be painful failure. However, was the OnePlus 3 discontinuation a good strategy?

One Of The Best Smartphones In 2016

First of all, we have to take into consideration the fact that this was such an extraordinary smartphone that it was considered as a flagship killer, making that giants as Apple or Samsung couldn't more that they wanted because of the OnePlus 3, giving the fact that this was a mobile device that even when it wasn't as aesthetic as many phones, it offered almost the same at a cheaper price.

Naturally, this product became a huge success in the market and an unexpected achievement for the company, considering that its previous models weren't so great, and even the OnePlus 2 was a little bit disappointing. Actually, the flagship killer hit was so significant that it marked a turning point for the company and the phone market.

Getting to this point, the OnePlus 3 was so successful that it happened the only delicate situation that could occur when a product is so great: the possibility that its successor in the market doesn't meet the expectations, which is something extremely common considering that in this case, everyone will keep buying the flagship killer, which could be a huge threat for the new models´ sales.

This is precisely why the company is discontinuing the smartphone, which is a good strategy to make a comfortable scenario for the OnePlus 4, which promises to be one of the greatest mobile devices next year, and the highest bet for the company to achieve a solid position in the market, and increase its power as a smartphone maker in China.

Although this strategy doesn't ensure more general sales, its only intention is to protect a product that if everything works out, it might be even greater that its predecessor. However, what could be the only problem about what the company did with the flagship killer is that this action could have been made very soon, considering that the OnePlus 3 doesn't have more than 6 months in the market.

In fact, the upgraded version hasn't been well received for the customer, giving the fact that many believe that it was extremely soon since a lot of people just bought the OnePlus 3 and this already has a better version. Also, the fact that the OnePlus 4 won´t be released until next year makes the discontinuation something a little bit hasty, since the company could wait a little longer and keep seeing the extraordinary profits of this extraordinary smartphone.

Although this has been a good strategy, the way in which it has been made is not exactly exemplary. But of course, the upgrade version and OnePlus 4 sales could easily puts me wrong if its happen to be another success. For the customers´ sake and OnePlus lovers, let's hope this could happen.

OnePlus 4 vs Galaxy Note 8 : Which Of These Smartphones Will Be The Greatest Mobile Device In 2017?

The big issue about the OnePlus 4 is that its previous model was so great that many think that it would be difficult to excel it. Samsung is betting everything on the Galaxy Note 8.