A Complete Guide To Playing Overwatch On King's Row 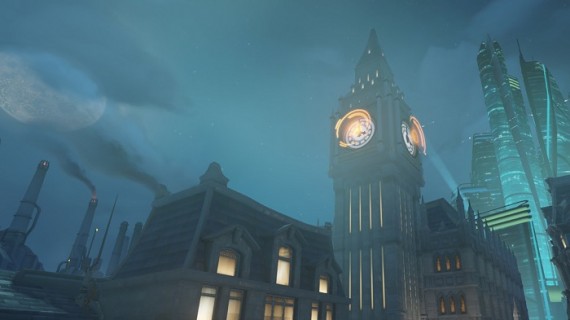 Located in the very heart of England, King's Row is among the maps in Overwatch. (Photo : Unit Lost - Great British Gaming/YouTube)

In Overwatch, one the best maps is called King's Row. It looks beautiful and stunning, but make no mistake, it isn't that easy to conquer. And most certainly, players will have a hard time playing the area as well. Well, this is exactly the main purpose of this guide -- to help you smoothen your way through it. Read on and learn!

The History Of King's Row In Overwatch

This place is located in the very heart of England and is built by the Omnics. Before the Omnic Crisis happened, the place was peaceful and full of gayness. However, when chaos happened, it became the face of destruction. The streets are packed with Human vs. Omnic tensions. As the government refuse to give them rights, the Omnics decided to continue their lives running away. They often leave in undergrounds, as the tension between the two race bubbles each day.

The Objective And Timers

In King's Row, one Overwatch team is tasked to defend the payload while the other is to escort it. The payload is basically an EMP, a device that will be used to wipe out the very existence of the Omnics in the place (as far as the story is concered, yes). The objective has 5 minutes to defend or attack. With each capture point, 3 minutes will be given as an additional. As for the checkpoints acquired, 2 minutes will be added. The max possible game time in this map is around 10 minutes.

Some Pro Tips For Overwatch Players In Attacking

For attackers, it's best to have Reinhardt in the team. He's incredibly good in pushing and holding objectives. This is, of course, thanks to this shield and life. But in order for him to survive the attacks from opponents, he needs someone who can give healing. This is where Mercy is going to be useful. She also has the ability to resurrect fallen members, giving them another shot. Or, in a sense, save his teammates the time of traveling from Point A to Point B.

For Overwatch heroes who're really good at damaging in King's row, Reaper and/or Pharah can be good options. Reaper, in particular, can roam inside the hallways and look for the opponents hiding (Widowmaker or Hanzo). He can also give great damage, allowing the team to advance quickly. As for Pharah, her missiles are enough to do the talking. She can fly, too, giving her enough space to target enemies.

Some Pro Tips For Overwatch Players In Defending

Who can do it better in King's Row than Widowmaker, right? In one of the game's animated short, the brainwashed character (who murdered her husband, thus the name) assassinated a well-known Omnic. And sadly, Tracer wasn't able to stop her. Anyway, Widowmaker her can be a really good defender. She can put herself in buildings or hallways as long as there's enough space to deliver a one shot kill.

To give damage and more defense, Junkrat and Mei will be great Overwatch heroes to pick. Junkrat can deliver blows with his bombs while Mei can put up ice walls. As long as there's a coordinated strategy, it's almost impossible to stop them.

What are your thoughts on this Overwatch guide? Any other tips you can add to the list? Share us what your thoughts are at the comment section below!

DvASystems, a popular Overwatch aimbot cheat, was allegedly created by a Blizzard employer. Check it out here!