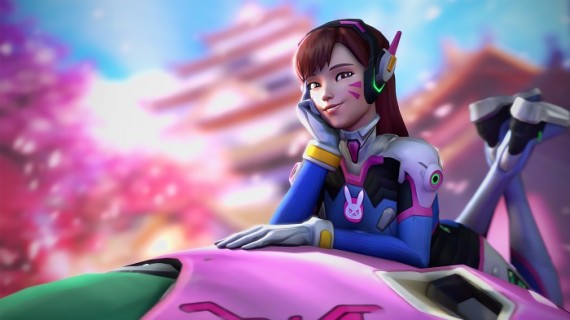 One of the best things about Overwatch is its Competitive Play. It's where players battle each other to stay on top, proving they're among the coolest in the competition. As Season 2 ends, almost anyone can expect Blizzard to put up another. And yes, that's right -- Season 3 will soon arrive. But for now, here are 3 things you need to know about it. Git gud, buddy.

The Skill Rating In Overwatch

Blizzard is set to bring balance to matchmaking in the game's aforementioned mode. In the past, all of the players' skill ratings were reset. This means that players will be matched together, as they all have similar skill levels. However, in Season 3, this won't happen. Why? That's because the studio wants to bring the ratings from the previous season to the next. So, before entering the next phase, players' skill rating will be determined -- albeit partially.

The Skill Tiers In Overwatch

You might be wondering: "Why partially determine the skill ratings in Overwatch? Why not make it fully or something?" In order to counter (or ensure balance) these changes, alterations are needed. In Season 2, players have been given a fresh start. That means, regardless of talent (whether you're noob or not), all of them will be ranked in the same tiers. As a result, players who aren't that advanced are having a hard time keeping up with the competition. That instead of going up, they're plummeting down. To prevent this from happening, Season 3 will offer a different system (one mentioned above). And maybe, just maybe, this will rank players in their respective and appropriate tiers.

Whether or not you're planning to become a pro player, it's still interesting to watch the real competitive scene. Besides, the game is gradually becoming a stronghold in the eSports scene. So, in a sense, knowing the pros is worth doing. Without further ado, here are some of the few players you need to watch out for Overwatch Season 3.

Seagull, whose real name is Brandon Larned, is currently spearheading the NRG team. His main character is, wait for it... Well, Genji! Sure, he has yet acquire a championship; however, it doesn't mean he and his team don't have the potentials. In fact, he's among the topic of multiple YouTube videos, displaying his play ethics and skills.

Benjamin Chevasson, known as uNKOE in Overwatch, hails from France. He's a member of the team called Rogue. And if you're fond of watching the pro scene, you'll admit that these boys are among the best. He's the guy you'll need from the support department, especially he specializes in using Zenyatta. Together, they won the APAC Premier Tournament as well as the ESL Overwatch Atlantic Showdown (held at Gamescom 2016).

Seriously, it's unfair not to include Zebbosai (Sebastian Olson) in this list. This dude came from Sweden and represents the uncanny Misfits. He plays support for the team. Although they took the third spot (following South Korea and Russia) during the Overwatch World Cup 2016, they still have lots to offer. After all, the spot is not bad at all.

What are your thoughts on Overwatch Season 3? How about the changes Blizzard will be bringing? Who is your favorite pro player? Be sure to share to us what you're thinking at the comment section below!

Top 4 Overwatch Heroes That Can Turn The Tide In Matches

These Overwatch heroes, if used properly, can definitely get you the W. Check them out here!

In any game -- Overwatch, for instance -- players have their own favorites. But this time, let's talk about the irritating ones.