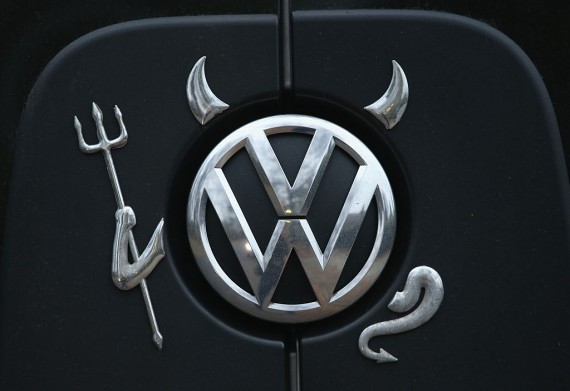 With recent Volkswagen and Audi diesel scandals, global brand chief Herbert Diess announces diesel car manufacturing in the United States may be limited as they look into new heights with their vehicle lineup. (Photo : Photo by Sean Gallup/Getty Images)

German car company, Volkswagen AG, announces that they may no longer rely on manufacturing diesel cars and sell it to the United States market. The US market no longer shows much promise in diesel engines, which composed roughly one-quarter of Volkswagen US sales in the past. VW is now focused on manufacturing better technology to bring back the people's trust that made Volkswagen the legend that it was.

VW Is Still Suffering From The Diesel Scandal

VW diesel sales in the US went on a steep declined after the diesel gate scandal that was found on September 2015 with certain VW and Audi models. The company has already agreed to nearly $15 billion dollars worth of recalls and fines due to the scandal. They also recently announced an employee cut of 30,000 by the year 2025 in an attempt to focus their company to creating a more advanced technology for their future vehicles.

The German brand wants to focus now on developing crossovers such as the all-new Atlas, which could change the way Americans look at VW. The plan is to compete with long-time favorites Ford explorer and Jeep Grand Cherokee. The company also plans on manufacturing light trucks and enter the electric vehicle industry. Volkswagen has pledged 9000 new jobs that will mainly focus on factories that will work and develop new electric vehicles and making full battery packs.

It May Not Be Too Late Yet For The German Pride

Volkswagen may have been forced into a corner as other brands have already been distributing electric cars in the United States market. Brands such as Tesla have been manufacturing electric and autonomous cars, while Nissan's Bolt EV was just named car of the year by Motor Trend. VW could have made the move earlier instead of focusing on diesel cars, a move that could have saved them from humiliation due to the cheat device that they have installed on some of their models.

Although electric cars only show a very small fraction of automobiles running on public roads, there is no doubt that almost all major manufacturer are going on the same road to electric car manufacturing. Even the biggest car brand, Toyota, has recently announced that they are conducting highly advanced research on manufacturing and optimizing long-range electric car batteries. Toyota was also one of the first manufacturers to bring a hybrid car to the marker with its Prius.

Volkswagen Needs To Step Up

No doubt, Volkswagen has been left behind when it comes to technology. Currently, only the VW Golf are getting excitement with VW fans due to it being a high performance, track worthy hot hatch. Other car brands like BMW and Volvo have also started in car sharing technology that enables users to share information, such as road hazards, through their navigation systems. Volkswagen, being one of the best in German technology and precision engineering, needs to step up their game if they want to lead the pack once more.

However, with the recent scandal, thousands of employee cut and being left behind in technology, it may not look good for the VW group. Not unless they do something real quick and step up before they go on a steeper decline than what they are already experiencing.

Volvo Offers New Program For Gas Delivery To Its Owners

Swedish luxury automobile maker Volvo has become more luxurious as it offers model S90 and XC90 owners’ delivery service of gas in the San Francisco Bay area as part of their Concierge service.

Chevy Bolt Was Just Named Car Of The Year: Should Tesla Be Alarmed

The 2017 Chevy Bolt EV, an all-electric, very efficient car, was just named car of the year by Motor Trend can be the real threat to Tesla’s Model S and Model 3.