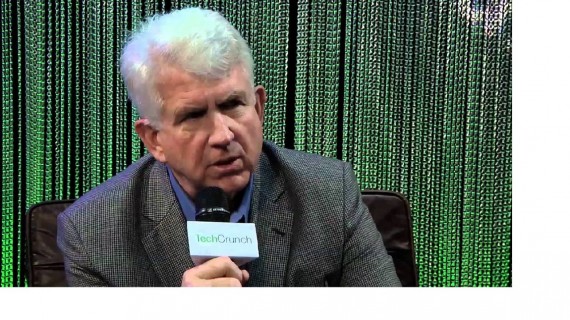 Believe it or not, some of the worst tech predictions in the history has been made by people that far from being outsiders, are actually important players in tech business.<br /> (Photo : TechCrunch)

When a tech company is just entering the market and hasn't become a great player yet, one of the most common things is that there´s going to be a lot of persons who will give their opinion regarding its future. Although there are some cases in which what they think actually happen, there are also some tech predictions that ended up failing miserably. Here are the most important that technology has ever known.

The World Market Would Only Accept 5 Computers

Considering that right now there billions of these devices all over the world, this represents one of the worst tech predictions of all time, giving the fact that computers have become a product that almost every single house in the entire world has, being so important that is actually used in every single area you could image.

The prediction was made back in 1943 by Thomas J Watson, who was the CEO of IBM at that time, considered that these devices wouldn't massify because the world only needed one computer to solve all of its problem, so more than 5 would have been a waste of money and some kind of overwhelming exaggeration. However, even when this guy made a disastrous prediction, at that moment it was natural to come with this kind of thinking, giving the fact that it was impossible to predict that people as Bill Gates or Steve Jobs would appear and turn this device into what it is today.

The peculiarity about this tech prediction is that it was made by CTO and Youtube co-founder Steve Chen, who wasn't sure that the company could succeed in his goals since he carefully studied the website and noticed that it didn't have that many videos he wanted to watch, which obviously represented a huge concern for everyone, giving the fact that this issue could compromise Youtube´s long-term viability.

However, the company eventually raised its videos amount and became such a huge monster in this field that the most difficult challenge right now is to know about a video - that doesn't contain pornographic or extremely violent content- that is not on Youtube. Although Chen made a terrible tech prediction, his company became a colossus in the market and one of the most famous websites in the entire world, since having an infinite amount of videos makes it not only an entertaining site but also an educational one.

The Worst Of All Tech Predictions: The Internet Will Collapse In 1996

This terrible tech prediction was made by the co-inventor of the Ethernet Robert Metcalfe back in1995 in an InfoWorld column, and as you can see he really thought that the Internet would only be some kind of one hit wonder and eventually fall out to never come back. The worst thing about this bold statement was he even gets to the point of saying that he would eat his words if proved wrong, which was a way of assuring that what it has become the soul of modern civilization, would definitely fail and wouldn't lat more than 365 days top.

Naturally, Metcalfe failed miserably in his tech prediction, but at least he stood to his bet and literally ate his own words four years later at the Sixth International WWW Conference. He just took a copy of his famous column, put it into a blender, pureed it, and drank it without any kind of problem. He swallowed the craziest of all tech predictions, but people haven't forgotten yet.

The Weirdest Origins Of Some Of The Most Famous Tech Brands

Although some brand were chosen because of serious reasons, there are some others that were actually chosen as a way to remember the home town, or because of none particular reason.

The Most Dangerous State-Sponsored Hackers Groups In The World

NSA Chief recently revealed that WikiLeaks backed by a state-sponsored group of hackers that wanted to interfere with the 2016 U.S. presidential elections. This hackers´ team is believed to be from Russia.