The Most Bizarre And Unnecessary Tech Innovations 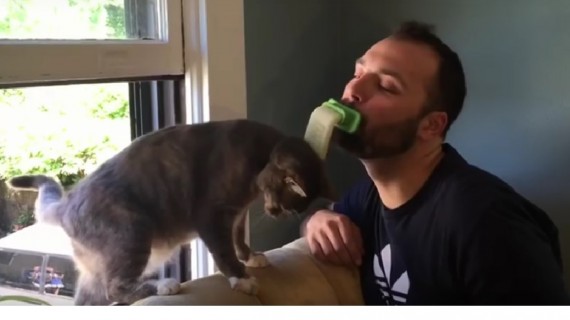 Taking a look at these products, the big question is not only what does the inventors were thinking at the moment of its creation, but also how the owners accept it to release it.<br /> (Photo : https://www.youtube.com/watch?v=3hPMc89sKhk)

It is an undeniable fact that tech innovations usually change our lives for good, to the point in which we ended up getting used to so far that we remember how was everything before like something prehistoric. However, even when most of these new products are incredible, there are many others that are so strange that ended up being something funny and weird instead of amazing. Here are the most bizarre and unnecessary that you can find right now.

This is literally a tampon that will be anchored to your waist with some kind of electrical cord every single minute. As you might see, the product my.Flow is totally pointed to feminine customers and provided one of the most bizarre, craziest and unnecessary tech inventions in the history.

This is not a joke, the 6 to 12-inch cord is used for connecting the tampon to a Bluetooth device, which is actually the upgraded version of what it was originally meant to be, which was a tampon that already had the Bluetooth inside it, but most women didn't want to wear because most than obvious reasons that don't need it to be explained.

The goal of this product was to provide how full the tampon is once you´re using it, by an app already connected to the Bluetooth that would show this awkward information on your smartphone. There´s no need to say why this was something that hasn't meet expectations and everyone sees as something extremely weird.

There´s no way to start with a preamble on such weirdness, so let´s say that this subtitle is basically the reason why this tech innovation was created, even if it seems as some weird joke from Family Guy. This device called BOx was developed by Kickstarter and consists of a metal and wood design that has some kind of smart board that uses Wi-Fi so you can connect with your pals, so once you open a bottle of beer, your friends will get a message.

The most bizarre aspect of this rare innovation is that Kickstarter also offers the option of getting this device without the Wi-Fi, but you will have to pay $19 if you want to have it in order to never show never show your drinking problems to your bros. Also, another weird aspect about BOx is that it will give you points and unlock levels based on drinking more than your pals. Oh, but of course, it also tells you not to drive once you have opened enough bottles.

The Most Bizarre Fake Tongue For Licking A Cat

This is not a lie, there´s a product that consists of a pacifier that at its end have a giant weird-looking rubber tongue, with which you can caress the cat´s body. Yes, an adult human doing this with a product called LICKI Brush that looks like ugly sex toys came out from Silent Hill 2 to a poor animal that would probably feel like there´s something extremely wrong happening in its life.

This disturbing innovation was also created by Kickstarter, which for some unknown wanted to make a product that mimics a cat´slick so you can give this little animal the same love gesture that he usually does. Don´t worry, there´s an official reason: to offer a meditative practice, soothing not only for the cat but also for you. It is a product that was apparently designed to feel pleasurable to the cat´s sensitive skin.

Probably the worst detail about LICKI Brush is that Kickstarter actually stated that the best way to use the product is by slowly approaching to your cat when she is sleeping, which makes the whole situation officially creepy and extremely wrong. But there´s more: it also stated in a very happy way that you can invite your families and friends and their cats over for a cute LICKI party. Far from saying something about it, I just invite you to think about that situation, since you would know by yourself why this is the most bizarre tech innovation right now.

Believe it or not, some of the worst tech predictions in the history has been made by people that far from being outsiders, are actually important players in tech business.

The Most Dangerous State-Sponsored Hackers Groups In The World

NSA Chief recently revealed that WikiLeaks backed by a state-sponsored group of hackers that wanted to interfere with the 2016 U.S. presidential elections. This hackers´ team is believed to be from Russia.

Many of the newest innovations that exists in the world are inspired in older inventions that for many reasons weren´t successful at that time, and were cancelled by its inventors.

Google Talk Coming To An End, Focuses To Streamline Hangouts And More

Google plans to push Hangouts as its consumer messaging service by puling the plug on Google Talk. Meanwhile, the Pixel's connectivity issue has been fixed.

The tiny Joy-Cons of the Nintendo Switch might not be the ideal way to play your favorite 8-bit titles, but they can be considerably more comfortable than the NES Classic Edition original controllers.

Raspberry Pi Zero W: Wi-Fi And Bluetooth In A $10 Single Board

The Raspberry Pi Foundation decided to roll out the Zero W due to the demand for wireless connectivity in the original Zero. It is available now from the usual Raspberry Pi retailers.