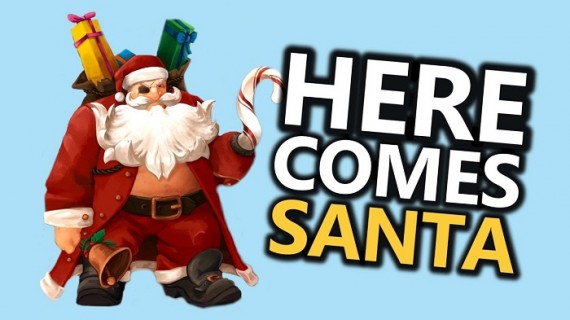 Overwatch Winter Wonderland has finally arrived and it's a total blast for the players of the game. (Photo : Force Gaming/YouTube)

As expected from Blizzard, a Christmas event is on its way to Overwatch. Although the studio didn't confirm it yet, it's still to be expected. Now, new leaks and data have been discovered -- all pointing to what the event will be about. And yeah, it's definitely a season of celebration for the community!

The titular video company is known to make updates live on Tuesdays. So, players might finally hear the official word anytime soon. Also, since the Holiday season is fast approaching, it's very likely for the studio to make the announcement in the next few days. From there, we'll know exactly what this event will be. But for now, here are 3 things you need to know about it.

The Skins, Victory Poses And Stuff In Overwatch Christmas Event

Thanks to a YouTuber named ohnickel (video embedded below), we get to have a good glimpse of what the forthcoming Overwatch event will likely be. According to the footage, a new data has been mined, indicating that every hero in the game will have its own voice lines, special sprays and victory poses. All of these, obviously, will be themed in accordance to the Yuletide season.

However, there will only be a few set of characters who'll receive additional items. These could range from a special emote to intros to skins, among others. The heroes include Reindhardt, Mercy, Widowmaker, Reaper and Sombra. Also part of the list are D.Va, Lucio, Soldier: 76 and Roadhog. As for Winston, Zarya, Tracer, Zenyatta, McCree, Pharah and Mei, they could possibly only get one special item -- either a skin or a highlight intro.

Yes, that's right. So far, there's been a total of four map files recovered by dataminers as explained in the aforementioned video. One of these, if there's truth to it, could be somewhat relative to how Blizzard delivered the Halloween special mode in Overwatch called Junkenstein's Revenge. As for the rest, it could simply be a redesign of the current maps. You know, something similar that to the November event. We could see some snows or snowmen being placed at the sides of each map. Or, in one way or another, Santa will be riding with his Reindeer up above the sky. Either that, the event is definitely worth anticipating.

As previously reported here at iTech Post, a music file for the speculated event was leaked. It's believed that these song tracks (for the lack of better term) will be played all over the event's duration. Well, if you are to listen to the tracks (check it here), you'll definitely be in awe.

As of this writing, Blizzard has yet to confirm the arrival of a Christmas event to Overwatch. However, as mentioned above, it's to be expected. After all, the season is a great time to end the year right.

What do you think about the Christmas event coming to Overwatch soon? What are your expectations? Any other thing you can add to the ones mentioned above? Be sure to share us your answers at the comment section below!

Do you want to work your way into the Overwatch Season 3 Competitive Play rankings? Check out this guide!

Overwatch Players Are Losing Their Cool With Season 3 Placement Matches

The new season in Competitive Play has arrived to Overwatch. Unfortunately, it didn't please the fans.

The glory days of Overwatch cheaters are finally over! Here's how Blizzard did it.