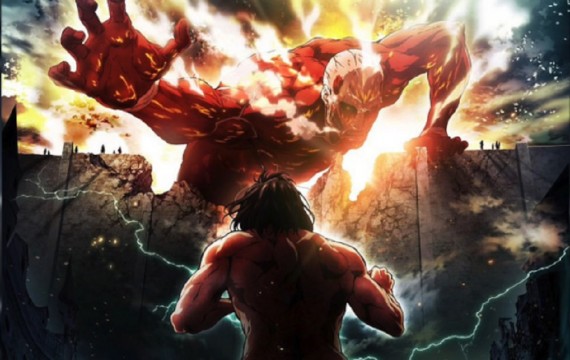 After so much delay, "Attack on Titan" season 2 has finally secured a release date! The much-awaited sequel for the action series will premiere in April 2017 as revealed on the 21st volume of Hajime Isayama's "Attack on Titan" manga.

The sequel, which was originally announced in November 2014, was supposed to come out in 2016 according to Anime News Network. However, it was delayed with the release of "Kabaneri of the Iron Fortress," which was made by the same production behind "Attack on Titan." Here are what you can expect about "Attack on Titan" season 2:

History Of The Titans And The Wall

A leaked video of "Attack on Titan" season 2 shows the Survey Corps will discover the wall is actually made out of Titans -- Titans covered in cement to be exact. What's more? The Church is actually aware of it! More likely, they used the Titans to scare people and collect money. Hence, this is the reason why those walls look so durable.

Hange will threaten the pastor to tell her (I'll use 'her' even though Hange's real gender is not confirmed) about the Titans but the pastor won't say a thing even it costs his life. But one thing is for sure, the entire wall is made up of titans. It was previously reported that the sequel will dig deeper into the history of Titans and their connection to the royalty and the Reiss family.

Upon the discovery of the corruption, another arc which is expected in "Attack on Titan" season 2 is the uprising headed by Survey Corps commander, Erwin Smith. Well, it's very infuriating to know that all the sacrifices of their comrades who died for the expeditions are all for nothing.

However, Erwin will be mortally wounded after confronting a Beast Titan. Captain Levi will try to save him by turning him into a titan using the Titan Serum but he will reject it to save Armin's life instead. He died soon after in the manga series but who knows? Maybe the production will choose to spare us the heartbreak.

Another thing that will make "Attack on Titan" 2 more exciting and bloodier are the titans. The Survey Corps will battle against more powerful and more intelligent lumps of muscles than before -- one of them can even talk with human language, Zeke.

It will be revealed that the Reiss family has the ability to turn humans into Titans (just like Eren's ability) by injecting a special serum. The titan form is triggered by a self-inflicted wound or a definite goal and when in titan form, the human's normal body rests in the nape of the neck. Zeke is one of those humans/titans but there is more to his identity, he is actually Eren's half-brother. His father's son is from his first marriage.

Zeke will lead a group of titans to pursue the person who possesses the Coordinate, an ability to control the titans and go after Eren. "Attack on Titan" season 2 might also finally give us a glimpse of what is hidden in the basement of Eren's former home.

We are entering another anime season! Here are some recommendations for anime series in the Winter 2017 line-up.

'Kekkai Sensen' Season 2 Announced; 'Kekkai Sensen & Beyond' To Be Released In 2017 With New Director And Scriptwriter

Leonardo Watch will be back for "Kekkai Sensen" season 2 in 2017. Former director and scriptwriter will be replaced by Shigehito Takayanagi and Yasuko Kamo from "Dagashi Kashi."