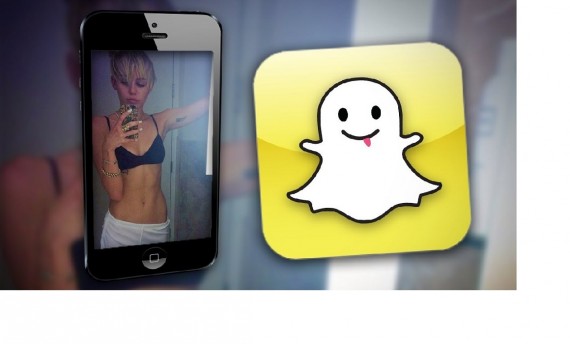 Amid multiple offers from investors, Snapchat decides to not go with Facebook's 3-billion dollar offer, because that's just pocket change compare to oh my god how is it worth that much?<br /> (Photo : SourceFed/YouTube)

In tech business, there are a lot of companies that far from being important giants since day one, they actually started to gain some success and show its quality just to look for a deal from a bigger company and make a millionaire business. However, there are some other whose main luck was not to get acquired, since from that moment onwards it became major players in the market, and started to rule the game. These are most extraordinary cases.

Before the relations between Mark Zuckerberg´s company and Snapchat were characterized for the blatant and desperate way in which Facebook copies almost every single features that Snapchat releases, there were a moment in which everything was a little bit more calm and the blue social media even got to the point of recognizing its competitor superiority by making an incredible offer.

Believe it or not, Facebook offered $3 billion in cash to buy Snapchat, representing Mark Zuckerberg´s controversial philosophy of buying anything that you can´t build, and believe it or not, Snapchat rejected the offer and decided to walk its own path no matter what. Since that moment this social media started to grow incredibly to the point in which now is one of the major players in the business, and it already filed for an IPO. By its part, Facebook is just copying a lot of its features in order to gain more young users, which are Snapchat´s main public.

Tesla Was Almost Acquired By Google

Ok, this is a tricky one because Tesla was not precisely a rookie or irrelevant company by the time it was about to be bought by the tech giant, but it is an incredible history in which a rush of luck turned this company into one of the major players, instead of being those cases of promising companies that ended up being acquired by a bigger one.

Things went like this: in the first months of 2013 Tesla was having a rough time to turn preorders o the vehicles into sales. Giving this situation, Ellon Musk decided to negotiate an acquisition deal with Google, through his old friend Larry Page, which is the search giant´s co-founder. All the specific terms of the deal were already determined, and the buying was just a matter of time.

However, things went crazy and while the two companies were negotiating the final details of the acquisition, Tesla´s frenzy of sales started to pay off, and a lot of people started to buy the cars, which was an unexpected situation that turns the negotiation into a "standby" issue that was eventually solved by not making the buying.

This is probably one of the most incredible tech histories that you could imagine, considering that today Google is probably the most important company in the world. In fact, this case was already covered in a previous article in which I talked a little bit about the worst tech business mistakes that have been made in the history, because, trust me, the Google case was absolutely incredible.

The search giant was not even on the top list of the most important search sites in the world, and the major players in 1999 were Yahoo and Excite. In fact, Google wasn't more than the new kid on the block and decided to sell the company to excite for just $750,000, which was an incredibly low price considering what this become became just a few years later. However, that company didn't accept the offer and were acquired by Ask.com, while Google started to growth so fast that became one of the major players in the midterm.

When everyone was blaming Russia for the Podesta´s emails hack, Trump said that those who were behind this cyber crime could be Chinese hackers, or a very obese person laying on a bed.