Mercedes-Benz Versus BMW: Which Will Be The King Of Luxury Cars 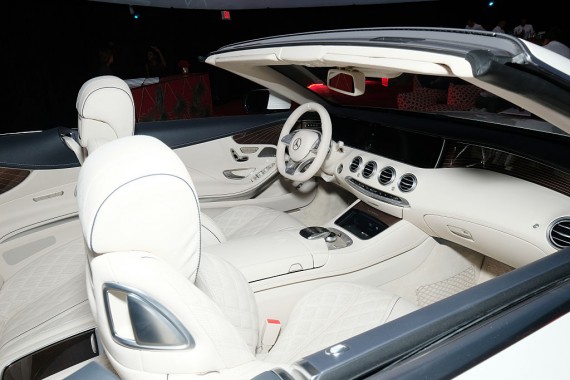 Car companies have always been on constant competition with each other. All are competing to be the best in the market; sales of Mercedes-Benz are now taking the lead and leaving BMW trailing behind. (Photo : Photo by Mike Coppola/Getty Images for Mercedes-Benz)

Mercedes-Benz has a vast history of success with its automobiles since the 1800s. The German company is known for manufacturing the most luxurious of cars that prominent families have used to show their exclusivity. BMW, another famous German car manufacturer, have been trailing behind with their luxury cars, and it does not seem to be better.

Mercedes-Benz, even being named as one of the most exclusive car brands, wants to keep it simple in terms of their marketing strategy. They use a simple formula, let the sedan go on sale, and then release the coupe version. It is a strategy that they have done with their S-Class and C-Class models, which they are also about to do with their E-Class. Their newest E-Class vehicle is set to be unveiled very soon and is set to bring the luxurious line get another trend in sales.

An Insurmountable Lead Over BMW

The sales of Mercedes-Benz have created an almost impregnable lead over their BMW rival and do not seem to slow down, at least until 2018. The Mercedes GLC-Class sports utility vehicles have helped the company take on a further lead on BMW. The demands for the sports utility vehicle was so high that it has reached to 12 percent in just 11 months which is double than what BMW has achieved. More than 69,100 vehicles have been sold by Mercedes ahead of BMW for that 11-month period. The lead inevitably put BMW to the number two spot. Sales of Mercedes-Benz do not show any sign of slowing down until 2017 due to the new version of the E-Class sedans that was released in March. On the other hand, BMW still has until late next year to release a revamped 5-series to make an impact, which may already be too late if they intend to take back the spot as number one.

Taking Back The Luxury Car Crown After A Decade

Back in 2005, Mercedes-Benz lost their luxury car sales lead to BMW and also later trailed behind Volkswagen's Audi brand. Chief executive officer of Daimler, Dieter Zetsche, wants to deliver early and has taken a five-year pledge to get back and retake the top spot. This can be achieved by adding all-new sports utility vehicles to their vehicle lineup and possibly creating refreshed versions of their core sedans and coupes.

The 3-Series Is Ageing, BMW Is Trailing Behind

The GLC-Class sports utility vehicles are ensuring the lead of Mercedes-Benz until the year 2020 with its skyrocketing sales. BMW's 3-series is trying its best to catch up but is still falling behind because of its age, the car is not showing any signs of possibly surpassing the C-Class sedans of Mercedes. Analysts are predicting that the lead of Mercedes-Benz over BMW will rise even further with 110,000 cars more for 2017 and another 68,000 lead by the year 2018.

Mercedes-Benz fans and supporters will truly be delighted once their car brand rises more to the top and leaves other brands behind. The company going to the top means more freedom with their designs due to lesser pressure and the company can focus mainly on delivering the best automobile to their consumers, instead of trying to catch up with brands like BMW.

Famous French car manufacturer, Renault, just announced the new Renault Alpine Premier Edition; pre-orders can be delivered in as early as 2018 in the United Kingdom and Australia with a small deposit.

The Mercedes-AMG GT R just made a new world record for rear wheel drive cars the famous and dangerous Nürburgring. Drivers and car makers have tested and out their limits in this same track.

BMW Wants To Be Cool: Will Have Self-Driving Cars For Ride-Hailing Services

Different companies like Uber, Zipcar and Car2Go have been using the car sharing features for a little while now. BMW sets to take the lead as they enhance their current program, ReachNow, with autonomous vehicles.