BMW Wants To Be Cool: Will Have Self-Driving Cars For Ride-Hailing Services 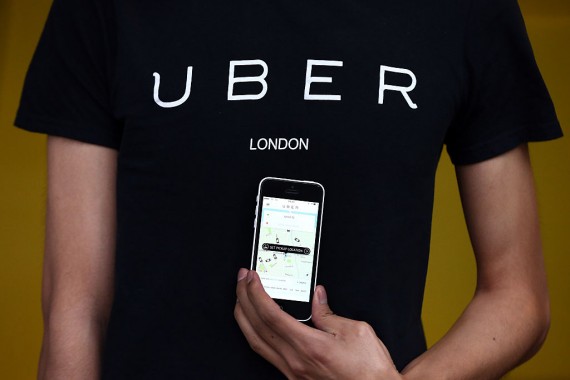 Different companies like Uber, Zipcar and Car2Go have been using the car sharing features for a little while now. BMW sets to take the lead as they enhance their current program, ReachNow, with autonomous vehicles. (Photo : Photo by Carl Court/Getty Images)

For several years now, the car-sharing industry have been making a mark to people's daily transport. Companies such as Uber, ZipCar, Car2Go and Lyft have been useful to customers who either do not have their own cars, do no wish to drive to an unfamiliar destination or simply do not wish to drive their own cars through rush hour traffic. BMW recently joined the car-sharing scene with the ReachNow program that allows passengers to rent a BMW or have their own BMW rented out by someone else.

Recently, Uber, introduced self-driving cars to their arsenal and tested it in Pittsburgh. Uber equipped a fleet of Ford Fusions with radar cameras and sensors and turned it into autonomous vehicles. Professional drivers are still behind the wheel to intervene in case of emergencies. Uber customers can book their ride 24 hours a day using the UberX app.

BMW, who is already making a profit with their still fresh ReachNow program, answers back with plans of testing BMW autonomous cars in Munich. 40 vehicles will be part of the test launch and will expand with more vehicles to other cities in the near future. One major advantage the BMW has over Uber is the cars itself, as Uber still needs to buy their autonomous vehicles from car manufacturers, while BMW already owns the cars and budget cost is focused mainly on production and development.

BMW Wants To Be The Coolest, Not The Biggest

Admittedly, BMW knows that they are not the biggest company in terms of car sharing, however; Tony Douglas, BMW's head of Mobility strategy, stated, 'We will not be the largest, but we can be the coolest." "Someone else spent the money to educate the market and then we came in with a cool product." Douglas told Reuters. Although both Uber and BMW's goals are the same, which is to have safe self-driving vehicles used for ride hailing, the consumers might indeed opt to choose the cooler one. I mean, who does not want to ride in a luxurious BMW?

Uber, who had their early stages of car sharing service since 2009, unfortunately, have been struggling with their profits as of late. Buying new autonomous cars also does not guarantee any profit, especially now that a company as big as BMW took their steps as a challenge. On the other hand, BMW already achieved profitability with the ReachNow car sharing service that was only launched in April of this year.

The decision of Uber to go for autonomous vehicles has always been about making a profit. Hiring professional drivers costs a lot of money, as the law requires a proper minimum wage, compensation and benefits to be provided. That cost will be on top of other insurance payments that need to be made, and of course, the vehicles repair, maintenance, and registration. Making the cars autonomous will cut company costs by a large percentage, as they will only need to focus on the vehicle related costs. Unfortunately for Uber, their development plans have such a success that other companies are now improving the idea that they started and making a profit out of it. Or simply to be cool.

Automotive parts manufacturer Delphi and technology company Mobileye ties up to fast track the development of fully autonomous vehicles. Sets target date for full autonomy of cars as early as 2019.

Since February 2015, numerous reports and rumors have been spreading about Apple Inc. building their first smart car. Apple has provided no confirmation but have recently announces its ambition to do so.

Luxury Car Sales Are Soaring up to 80% in Australia: Check out the Best Sellers Here

The world is in turmoil right now and the automotive industry has taken a huge hit. Analysts estimate certain markets are going to record low numbers comparable to figures posted over 30 years ago.

The engineers of the new generation 2021 BMW M3 and M4 did not make it any easier when they also brought an F82 M4 to the track for the prototype test drive of the new M brothers.

Off-roader with BMW engines? The new Ineos Grenadier might have it all!