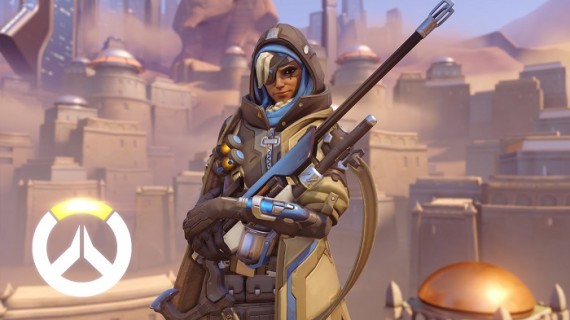 Almost all players will agree that Blizzard needs to pump up Overwatch when it comes to adding features. (Photo : PlayOverwatch/YouTube)

Overwatch can be deemed as one of the best first-person shooter games of recent memory. And I think, most players will agree (though some might be thinking the other way around). Either that, I still think it needs more improvements. Or perhaps, Blizzard needs to add more features, making it a little bit more interesting than it is now. Well, without further ado, here are 4 features we wish to be included in the game soon.

Let's admit it: the game's current scoreboard (if that's what it's really called) sucks. I'm not saying the devs didn't do a marvelous job. I just feel like they could've done something better. Right now, there's no way of comparing your figures with the other players. Sure, you can press tab and you'll see your names. But more than that, there's nothing much. Probably in the near future, the scoreboard can show us details such as assists, damage and eliminations, among others. You know, the kind of stuff you'll usually see in other competitive games.

From time to time, we can see Blizzard doing some enhancements to the current Overwatch reporting system. However, almost all will agree that it fails to offer some sort of prompt that tells you if the reporting was successful. Or, if anything else, the player reported did get punished. Because seriously, we don't know for sure if the studio is doing their side of the action.

In games like this, toxic behavior is among the popular ones. It simply ruins the overall experience, especially to players who wish nothing but good old competitive play. Maybe, just maybe, adding this kind of feature will change how things work. Take for example DotA 2. Whenever a player is reported (like for several times), he/she gets reprimanded right away. And you, the one who reported, have concrete knowledge that the necessary procedures were done.

Let's go back to DotA 2 again. Whenever players queue for a match, they're given the capability of spectating a particular game. Heck, if they want to, they can even watch real-time tournaments. Overwatch, on the other hand, simply lacks such functionality. But mind you, even without it, the game is still a cool one to play. It doesn't really affect the gameplay. Anyway, the thing is, queuing can sometimes be a burden (this is really true most especially in the Asia server). What I'm trying to say is perhaps Blizzard can come up with a functionality of sort so we can at least, at our own will, watch live games. Maybe for the sake of learning a thing or two. Or simply for the joy of watching others play.

I've experienced a couple of games wherein my teammate (or even the opposing guy) tends to leave the game midway. And trust me, it's an irritating thing to experience. Not only are you put in a very disadvantageous position, your chances of winning the game is even close to zero. Hate to say it, but the game just lacks this. Sure, anyone who does such get punished in one way or another; however, after a few minutes, he/she is back to doing such thing. I'd like to see Blizzard making it their goal to fill such void. That perhaps, after one or two successive (or even interval) leaves, the players gets punished. Say a ban and a good amount of XP being removed. Right now, the studio isn't that hard when it comes to such nuisance players. Simply put, I want them to be stricter than now.

What are your thoughts on the aforementioned Overwatch features? Which one is your most favorite? How about the least? Any other features you could suggest? Be sure to share us what you're thinking at the comment section below!

So, you think you've seen enough of Overwatch hero skins? Well, wait till you check this one out!

Are you also stoked for the Christmas Event in Overwatch? Well, for now, here are 3 things you need to know!