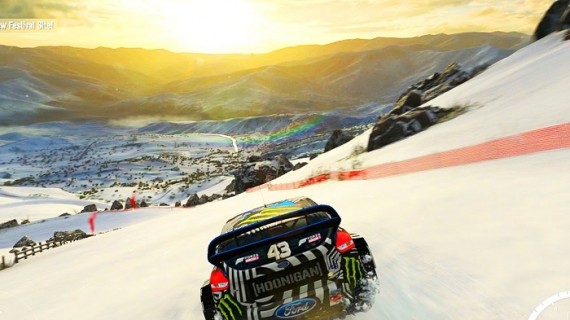 This year has been a hell of a roller coaster ride for everyone in the gaming industry, with tons of video game releases. (Photo : TmarTn2/YouTube)

I must say 12 months (1 year in a sense) is too short to conclude what the best games are. But hey, rounding them up is the usual way of doing things before the year ends. While there are titles that are obviously better than the others, ranking them all up is still a difficult task to do. Well, let's escape the drama and go straight to the cherry. Today, let's discuss the top 4 video games of 2016!

The first on the list of the top 4 video games of 2016 is Stardew Valley, which was first released back in February this year. Think of it as a game heavily inspired by Harvest Moon, which is indeed the original. Anyway, the developer single-handedly conceptualized it is no other than Eric Barone. Fortunately for him, he was able to capture the essence and formula of the original title. Stardew Valley is all about simplicity, something that most games nowadays don't offer.

Okay, let me be a bit bias here. I personally love Forza Horizon 3 simply due to the fact that it lets you drive exotic cars. Sorry, but my happiness is really that low. More than this, the title offers a great open-world setting that lets you discover the diversity. You can even ignore missions and skip through the phases. You know, be the man of your own will and just go wherever you want to go. Forza Horizon 3 revolutionizes the way driving games should be played. It might not be as sophisticated as Need For Speed, but it definitely captures the heart of car enthusiasts and game lovers.

Most of you might be thinking: "Why include No Man's Sky?" First off, yes, this game sucks -- and I'll say it like it's procedurally generated. But, hate to admit, it has every potential of becoming a blockbuster title. Remember the times when it was yet to be released? Man, the hype was just all over the corners of the gaming industry. People on social media talk about it. Even the communities that I'm part of -- dude, they're all about praising No Man's Sky. Because seriously, all the things Hello Games said were just exceptional. It so happens that some of these didn't make it to the game. And sadly, fast forward to today, it turned out to be a total disaster. But what makes this game worthy of mentioning in this list? It's the fact that it offers the kind of gameplay and system that no other games of recent memory have achieved. The sense of discovery and exploration here are just unlike any other.

Of course, I would be a hypocrite not to include Pokemon GO here. When Niantic first released the game, it took the whole globe by storm. People from all over the world started going into the wilds and finding every Pokemon there is. It's like every single day you won't hear people talk or discuss about Pokemon GO. It even became a template of how Augmented Reality games should be made. And take note: even with the ups and downs, the game didn't fail to hold its throne. It stayed as one of the most popular mobile games of 2016.

What are your thoughts on the aforementioned top 4 video games of 2016? Any other titles you can add to the list? Which among the ones mentioned above are you currently playing? Share us what you're thinking at the comment section below!

If you're on PS4, note that Hello Games quietly released a new No Man's Sky update. Check it out here!

Here's Why Fans Are Hating The New DotA 2 Update

A new patch has arrived to DotA 2, but the community isn't happy about it. Check out why!