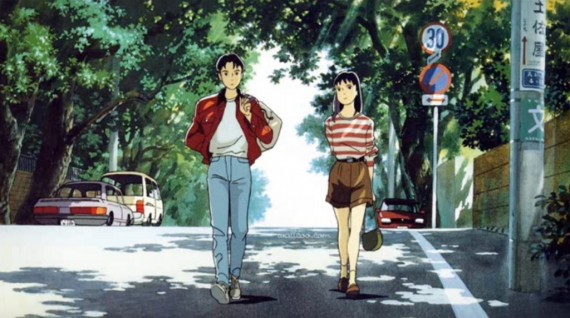 Studio Ghibli's rare gem of a movie, "Ocean Waves" will be making its theatrical premier in North America soon. Find out when and read about Hayao Miyazaki's concern regarding AI-driven animation. (Photo : Shuan Fisho/YouTube)

Another Studio Ghibli film is making its way to the United States next year. It has been announced that “Ocean Waves” will be making its premiere in cinemas soon. Meanwhile, Studio Ghibli filmmaker Hayao Miyazaki has expressed his disgust over computer-generated animations created through artificial intelligence.

“Ocean Waves”, also known as “I Can Hear The Sea” will be released in theaters all over North America. It will have its premiere screening at the IFC Center located in New York City on Dec. 28. It will then kick start its public screening all throughout the United States and Canada by January 2017.

The animated movie may not ring any bell even for a Studio Ghibli production for many of the viewers, but avid fans of the studio know that this is a rare opportunity to see the said film on the silver screen. Actually, “Ocean Waves” is one of Studio Ghibli's rare animated film productions, which they released only through television. Limited DVD copies were distributed in 2008 and a remastered Blu-ray version was released in July 2015.

“Ocean Waves” is a Japanese animated television film that was directed by Tomomi Mochizuki and was written by Kaori Nakamura. The movie is an adaptation based on the novel of the same name created by Saeko Himuro. The said Studio Ghibli film premiered on Japanese television in May 1993.

The film is set in a romantic slice of life genre. It focuses on the story of two young friends living in the island of Shikoku who is suddenly caught in a love triangle after a new girl from Tokyo transfers to their school. The story may not be unique but given that Studio Ghibli has the magic to weave the ordinary into extraordinary, this film will be a treat to fans.

It has also been revealed that there is more to this film as this production was an attempt by Studio Ghibli to give the opportunity to its younger staff a hand at film-making but at a cheap cost. It ended up going over the budget and beyond the planned schedule. Nevertheless, the said animated movie was given favorable reviews and was even noted as a graceful and mature offering from Studio Ghibli’s younger generation.

Meanwhile, the highly renowned animation filmmaker, Hayao Miyazaki has recently expressed his negative outlook towards CG animations that use artificial intelligence. As an artist who had personally and manually made films through traditional animation, Miyazaki sees it as an insult to life itself to use technology that cannot even hone what art really embodies. His outburst resulted from an unsettling outcome that an AI CG animation produced, which was a disfigured humanoid body.

Miyazaki is currently trying computer-generated animation with his latest work, “Boro The Caterpillar” and has admitted that it was quite difficult especially transitioning from traditional art to computer graphics. But it seems like that is where he draws the line as he has affirmed that he will have nothing to do with animation technology that uses artificial intelligence.

He explained that the reason why he was against such advancement in the animation industry is because a mere lifeless mechanized method of animation cannot do justice, let alone account for human pain and other emotions. He also said that using such method insults other artists who have poured their time and energy to create an animation that will move millions of hearts.

Studio Ghibli and Hayao Miyazaki's all-time classic movie, "Spirited Away" makes its way back into U.S. theaters and have ranked well in the box office.