Makoto Shinkai's 'Your Name' Review: An Animated Movie That Moved Time And Hearts; Reasons Why It Deserved The Attention 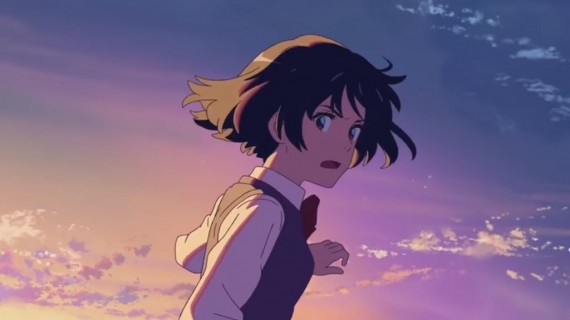 A review on the highly acclaimed animated movie by Makoto Shinkai, "Your Name", also known as "Kimi No Na Wa". Few spoilers ahead but not enough to ruin the movie. (Photo : TOKYOPOP TV/YouTube)

Makoto Shinkai’s latest animated movie, “Your Name” has been creating headlines since its premiere in Japan’s cinemas in August 2016. It has surpassed several famous classic animated films and Makoto Shinkai himself finally made a name for himself. Few months later, the said anime movie has been slated to release all over the world starting in North America.

In a present era where fans and movie-goers are used to watching animated films heavily induced with computer graphics to create a perfect three-dimensional animation film, “Your Name” clad in traditional 2D art was a breath of fresh air. Though it was clearly enhanced with computer graphics, it did not ruin it but instead improved the art that gave viewers an impressive immersive movie full of vivid surroundings. The art was so fluid that it gave life to the characters and its background in a way viewers rarely see in an anime production.

“Your Name”, otherwise referred to as “Kimi No Na Wa”, broke the records of several Studio Ghibli animated movies and even of James Cameron’s “Avatar”. That must have added to the curiosity, but the movie most likely got the attention from all the people who watch the said animated film, mesmerized and satisfied, and clearly told people about it. The story boasted of a story that revolves around two young people who switched bodies and had to go through living each other’s life.

But that was just what the trailer told the viewers, the movie itself embodied a deeper story that had the hearts of viewers racing. “Your Name” is actually full of plot twists that would have been predictable but will still surprise anyone. Aside from that, the build-up of the story as well as the characters were just portrayed perfectly and in an order that will make viewers intrigued. It started with introducing the comet, which was actually a pivotal point in the story.

The characters namely Mitsuha and Taki were shown thereafter immediately in switched bodies, the two of them trying to figure out this phenomenon. After realizing that their switching may be random, it still happened regularly. They try to make out this thing by cooperating with each other and even ended up trying to make each other’s lives better than before they switched bodies.

When the awaited moment of the two finally had to meet, it turns out that a shocking surprise of a truth was waiting for the both of them. The movie has delivered the emotions of the character so well that viewers will surely cry, laugh, and even be angry at just what is happening. Paired with a stellar soundtrack, the various pivotal scenes involving the main characters evidently tugged heartstrings.

The movie has left people realizing the importance of time and being grateful of what they have as of the moment. It was no wonder “Your Name” became a smash hit, getting high reviews from different sources and clearly deserves an Oscar nomination for all its greatness. It even went to the extent of comparing Makoto Shinkai to Hayao Miyazaki, who was responsible for making classic animated movies such as “Spirited Away”, “Howl’s Moving Castle”, and “Princess Mononoke”.

A new trailer of "Your Name" has been released for international screening while Makoto Shinkai addresses being compared to Hayao Miyazaki as he is awarded "Hit Make of the Year 2016".