Why Super Mario Run Failed To Run All The Way 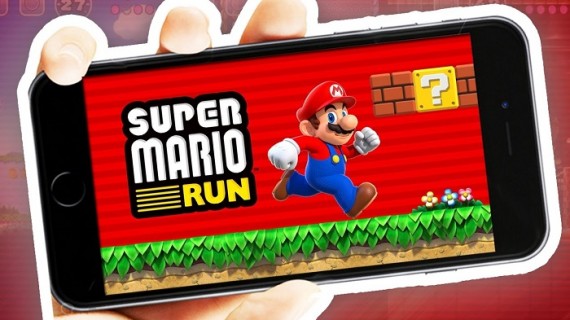 Super Mario Run gets an earlier release date on Android as the game is now available on Google's popular platform. (Photo : DanTDM/YouTube)

Prior to its release, Super Mario Run has generated what seems to be the perfect hype. Tons of gamers from all over the world are anticipating its arrival, with each wondering what it's really all about. When it finally arrived, it quickly garnered attention. Millions of users downloaded it. However, in the long run, almost everyone realized it's not that good of a game.

According to TechCrunch, the mobile game was able to acquire massive downloads during its first 24 hours. There were around 5 million in total (downloads). Apparently, this figure is synonymous to acquiring at least $4 million. Indeed, one can say it's breaking a leg in the scene.

Sure, Super Mario Run might have not dethroned the likes of Pokemon GO during its release. However, these numbers aren't that bad (definitely not!) at all. However, as cited by The Wall Street Journal, it's not pleasing the investors. That despite the success and popularity, it's living up to the expectations of the execs.

For instance, the shares of Nintendo's stock has greatly reduced to around 7.1 percent. And take note: this percentage is only applicable to the Tokyo Stock Exchange. Investors claim that the game isn't entirely making huge sales. Heck, these along with a couple of reviews didn't match what they're projected in the past.

Moreover, Super Mario Run - contrary to popular belief -- didn't make it on the top one spot in Japan. Take note that the country is deemed as the only country with the largest smartphone users as far as the game market is concerned. This is definitely a pain in the head, considering that there's been a huge following.

For Nintendo, this isn't doing them a huge favor. Remember that the studio, in the past few weeks or so, is in a serious crisis. Wii U proves to be a failure, with the 3DS sales on a serious down spiral. Although Nintendo Switch is starting to get good receptions, it's still far from being a reality. So, in a sense, the company has all out worried for the success of the newly-released title.

As for the Super Mario Run game, Kotaku notes that it's unlike anything before. There's more to the title than being an endless runner. Even with the fleeting success of Pokemon GO, it wasn't affected at all. It's worth noting that the game has its own full version, players will have to purchase it for at least $10.

It's believed that the destruction of the game was courtesy of Nintendo. That the studio, in one way or another, introduced all sort of things that aren't commendable for the game. For instance, in order to unlock the game, they'll have to pay a certain amount. That the studio could have done something more realistic, such as offering various exciting in-app purchases. Note that the latter is quite popular in the likes of Pokemon GO and Candy Crush Saga among others.

What are your thoughts on the status quo of Super Mario Run? Are you playing the game already? If so, how was the experience so far? Be sure to let us know at the comment section below!

Having a hard time capturing Shieldon (or even evolving it into Bastiodon) in Pokemon Sun and Moon? Well, check out this guide now!

With Niantic pimping Pokemon GO as of late, there's no doubt Medals could possibly arrive to the game. Check out the details here!

Pokemon GO Breeding Feature: What We Know So Far

At the dawn of Pokemon GO Gen 2 update, a new feature is starting to make waves. Check out what the breeding feature is all about!