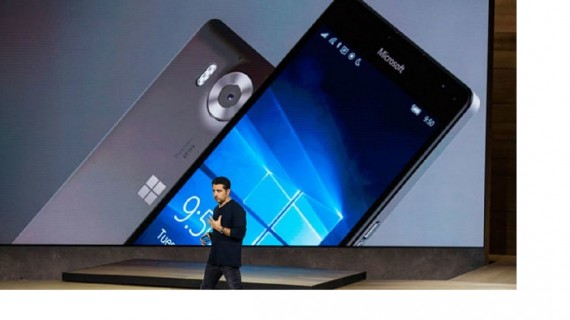 If Microsoft ends up releasing the Surface Phone next year, the tech giant will enter into a new epic battle against Apple, this time in a smartphone market that is totally ruled by the iPhone.<br /> (Photo : Technology/YouTube)

Next year will be the most spectacular moment in smartphone´s history because of Samsung´s Galaxy Note 8, the Galaxy S8, and the highly-anticipated iPhone 8. Also, Nokia will return to the smartphone game after several years of being on hiatus following its crucial downfall in sales and in popularity and finally, Microsoft will release a mobile device that is expected to be an authentic killer: the Surface Phone.

Although it´s too soon to make predictions about which could be the outcome of this smartphone in the market, there has been a lot of rumors suggesting that the Surface Phone would be a product that might represent an incredible threat for Samsung and Apple´s flagships. In order to provide a more detailed insight, here´s what we know so far about Microsoft´s most anticipated flagship.

The importance of time in which a product is released is essentially related to its sales and competition since these are the two elements that a company needs to control in order to achieve its goals and objectives. The particularity of the Surface Phone is that Microsoft hasn't confirmed the existence of this product, so the release date remains as one of the biggest mysteries regarding this flagship.

However, it has been reported that this could possibly happen around April 2017, which would coincide with the spring Windows 10 Creators Update. Also, other rumors suggest that Microsoft might chose the next fall with the "Redstone 3" update as the release date of the highly-expected Surface Phone, since this would be even more convenient for the tech giant because of the time factor.

Specs And Features Of The Surface Phone

Believe it or not, many theories suggest that the Surface Phone would be one of the most incredible smartphones in the history, since it would offer specs and features that would probably surprise even the iPhone lovers. Apparently, this mobile device will support Win32 apps, which would allow the Surface Phone to use almost every single Windows programs that everyone use on their PCs.

Also, it has been rumored that this flagship will be featured with a Kay Lake processor, powered by Winows 10 Redstone, and equipped with a 20-megapixel rear camera with a Carl Zeiss Lens. Naturally, this would make the Surface Phone a mobile device that could beat any competitor that dares to challenge it.

In addition to these details, another rumor about the Microsoft´s Surface Phone is that it could actually use a Surface Pen, which seems to be a great move in order to surprise the customers and keep in concordance with the company has been pushing pen-based computer computing for over a decade.

When the first rumors about the Surface Phone started to come out, one of the most repeated questions that everybody were asking to themselves was how much will they have to pay to get this flagship. Naturally, this is probably the most important detail of a product, and if rumors ends up being truth, the Surface Phone would a smart phone with a decent price.

As it was reported in a previous article, this mobile device might cost between $700 and $1,100, which is a price that would easily compete with the most important flagships that is going to be released next, with the difference that the Surface Phone will be cheaper, and at the same time it could offer better specs and features. The base model is the one that might be priced at $700, while the other two would possibly be at $1,100, which is a nice price considering that the iPhone 8 is expected to be at $1,200.

Although the Galaxy Note 7 fiasco was a disastrous moment for Samsung, the Galaxy S7 meet expectations and became one of the best smartphones in 2016. The OnePlus 3 was a huge revelation.

Galaxy Note 8 Vs Surface Phone Vs iPhone 8 Vs Huawei P10: Which Among These Flagships Is The Best Deal?

Although Huawei has always been characterized for releasing very cheap phones, this one seems like a little bit expensive. One of the biggest doubts is how much will the Note 8 cost.