Pros & Cons Of Choosing The HTC 11 Over The iPhone 8: Specs & Features Review 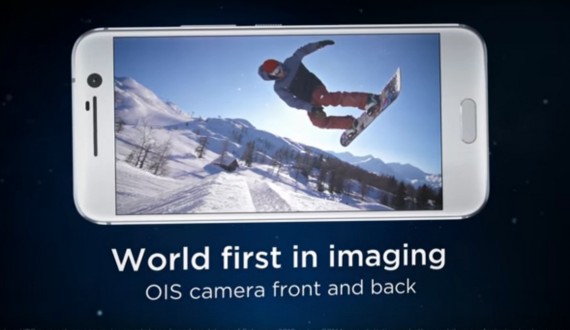 The HTC company is creating a smartphone name HTC 11 that could potentially rival giant smartphone names such as the iPhone 8. (Photo : ThePhoneCommercials/YouTube)

The iPhone 8 is one of the highly anticipated smartphones for next year because of its impressive rumored specs and features. However, a new smartphone has emerged on the scene and is said to be able to rival Apple's iPhone 8 specs and features - a wild card if I must say.

Before we start comparing, I would like to say that there are several reports suggesting that Apple is likely to launch 3 iPhone models for the 10th anniversary of the iPhone. Meaning, I will be comparing 4 phones: HTC 11, iPhone 8, iPhone 8 Plus, and the premium or alleged flagship model, the iPhone 8 Ferrari. Now, let's proceed to the comparison review of their rumored specs and features.

The HTC 11 is expected to be released by the end of the second quarter of 2017. About its price, it is said to be roughly around $600-$900. As for the iPhone models, many tech enthusiasts are basing it on the price tag of the Samsung Galaxy S8 which is expected to be around $810. So, the iPhone models' price range could be around $600-$1000 at best.

There are no reports yet on what will be the design of the HTC 11. However, knowing that 2017 Apple plans to redesign the iPhone models for its 10th anniversary, we can really expect that HTC will have to pull some serious "futuristic" designs for its HTC 11. That is if the company wants to play on the big leagues where Apple, Samsung, Google, and other major tech companies compete for the top spot.

On the other hand, the iPhone 8 models are expected to run on the latest iOS version which is the iOS 10.2. About its chipset, it will be powered by an A11 Fusion Chipset. And for its RAM storage, the iPhone 8 and 8 Plus were reported to feature only 3 GB of RAM while the iPhone 8 Ferrari could have 4 GB of RAM.

For the HTC 11, its camera specs will be similar of the iPhone 7 Plus, because it is said to feature a dual-lens rear camera with a 12 to 15 MP, while its front camera is said to be 8 MP. On the iPhone 8 models, it is reported that all iPhone 8 models will also have the same camera specs of the iPhone 7 Plus, but a little bit sophisticated. Based on the rumors, all of its cameras will have an image stabilization feature.

If Apple has wireless headphones and an AR/VR headset for its iPhones, the HTC 11 is said to also have one. About what platform will the HTC 11's headset will be, it is anyone's guess whether it's virtual reality, augmented reality, hologram or mixed reality. As for the iPhone 8 models, you must have heard about the Bridge headset which features mixed reality and is dedicated to the iPhone 6, 6s and 7 models. I think we can assume that the iPhone 8 models will be compatible with the mixed-reality headset.