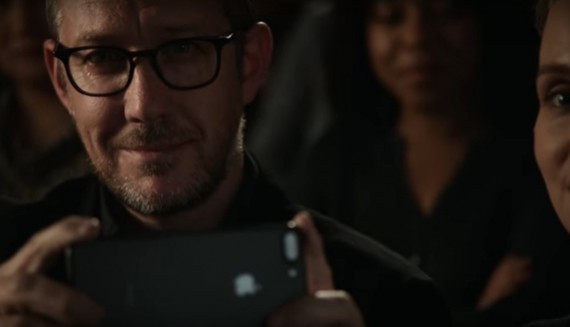 A man taking a photo using the iPhone 7. (Photo : Apple/YouTube)

According to reports, Apple will be releasing 3 models to celebrate the 10th anniversary of the iPhone. The iPhone models that will be released are iPhone 8, iPhone 8 Plus and an unnamed iPhone which is said to be the flagship. Though Apple has yet to name the unknown iPhone, fans and critics are already naming it as "iPhone 8 Pro." Here are the alleged specs and features of the 2017 iPhone models:

Everyone is expecting Apple to release the 2017 iPhone models around the same month the iPhone 7 and 7 Plus were released which is in September. However, knowing that 2017 will mark the 10th anniversary of the iPhone, fans and critics have speculated an interesting theory. The 2017 iPhone models could be released in the same month when the first iPhone was introduced by the late Steve Jobs which is around the month of June - that is if Apple will be feeling a little nostalgic.

According to reports, all iPhone 8 models will have its home button redesigned. Meaning, the home button will be built right into the display screen, making it a software-based home button instead of a physical home button that we see in the previous iPhone model. It will also have a fingerprint reader

The A10 Fusion chip is one of the best and fastest chips to date. It is expected that the upcoming iPhones will be featuring an A11 Fusion chip. Based on reports, the A11 Fusion chip will be 40 percent smaller, 30-40 percent better in performance and 40 percent less power consumption compared to its predecessor.

The iPhone 8 Plus and iPhone 8 Pro will feature the same dual-lens rear camera that is seen on the iPhone 7 Plus but will be an upgraded version. About what the upgraded will be, both lenses will feature an optical image stabilization. For the iPhone 8, there are no reports about what new camera specs will it have - yet.

Apple has a unnamed flagship phone for the 2017 iPhone series. Here is a quick look at the rumored specs and features of it.

Rumors suggest that iPhone 8 debut next year will be the super premium model designed for the 10th anniversary of Apple's iconic smartphone. And its stylus pencil will be one of its greatest features.

For people who are more than willing and eager to purchase the latest iPhone 7, there have been no regrets because one of its outstanding features is its amazing camera. With that being said, here are 3 of the best ways to capture stunning photos with the iPhone 7 Plus.