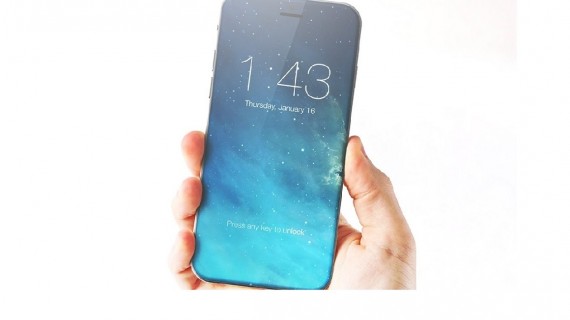 Although the iPhone 8 is expected to be the biggest player in the phone business next year, the Huawei P10 might be one of its most powerful competitors and dangerous threats. (Photo : Nicky Films & Productions/YouTube)

Huawei and Apple might become the biggest rivals in less than expected, given the fact that both are the third and second largest smartphone maker in the world. And while the Cupertino firm is probably the most powerful tech giant, the Chinese company have grown so much in the recent years that its presence in the U.S. market might increase its power and importance in the phone business by large. Naturally, their flagships, Huawei P10 and iPhone 8, are expected to be most incredible smartphones in 2017. So in order to know which could be the greatest mobile device, here´s what we know so far.

This promises to be one of the greatest next years since the rumors suggest that it would wear some incredible specs and features that will blow everyone´s mind. Apparently, the Huawei P10 might excel the quality of the previous model, since this flagship might have the Android 0S 7.0 Nougat, a Kirin 960 chipset, 6GB of RAM, 256GB of internal memory, an octa-core HiSilicon Hi3660 2.3ghZ CPU and Mali 6-71 GPU.

Also, it has been rumored that the Huawei P10 might have a 5-5inch touchscreen display with a 2560 x1440 resolution, in addition to a 12MP rear camera and an 8MP camera at the front to take selfies and for video chats. The most incredible details about this last feature are that the main could actually have a dual lens.

As reported in a previous article, the Huawei P10 is a mobile device that could be groundbreaking according to the latest rumors, since the smartphone could have a curved dual-edge display just as the Porsche Design Model Mate 9. This would definitely evidence Huawei´s intentions of being the most important player next year since this kind of design has only been used by the most important smartphones so far.

Also, another rumor that has been leaked about the Huawei P10 is the possibility of including a wireless charging, which would definitely turn this mobile device into something out of this world, considering that this kind of feature haven't been used by any other smartphone and the fact that is one of those things that users dream about.

Although there hasn't been an official announce of the release date, several reports estimate that this could take place in March or April next year. Also, it has been said that the Huawei P10 could by priced between $650 and $750, which would turn this mobile device into the most expensive Huawei´s phone in the history.

There´s no doubt that the iPhone 8 would become one of the greatest smartphones in 2017 no matter what, given the fact that Apple has always surprised the world with incredible inventions, and next year the 10th anniversary of the first iPhone is expected to be one of the greatest moments in the company´s history.

So far, there has been a lot of rumors regarding the iPhone 8, and some of these suggest that this flagship will sport a curved OLED display, a 3D camera, and a new "all-glass" design that will turn this mobile device into a beautiful and futuristic work of art that will definitely surprised both Apple lovers and haters.

Also, the iPhone 8 could replace the home button with the Touch ID fingerprint sensor, which would be a revolutionary move that in addition to the wireless charging that could probably have; the smartphone world might be facing a device that would mark a turning point in its history. But naturally, there´s more rumors, since it's expected that the iPhone 8 could also wear a 5.8-inch display, an A11 chip, an iOS 11 software, and an Intel 7360 LTE modem.

Although it´s not known when would be the specific release date of the iPhone 8, it has been rumored that Apple could launch its flagship in September next year, since this is the month when the Cupertino company usually releases its smartphones. Regarding the price, the iPhone 8 could cost around $1,200, which is not exactly cheap but is expected to achieve a lot of sells, no matter its expensiveness.

If Microsoft ends up releasing the Surface Phone next year, the tech giant will enter into a new epic battle against Apple, this time in a smartphone market that is totally ruled by the iPhone.

Although this is one of the most incredible smartphones that we saw this year, the LG G5 is not exactly the most famous among the customers because of a lot of reasons.