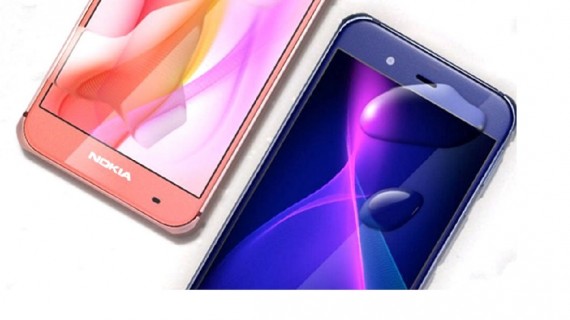 Although it´s not known yet how the Nokia P1 would perform in the market, many analysts believe that this is a phone that could represent a huge threat for the most powerful brands. (Photo : alfasmartphones/YouTube)

One of the highly anticipated smartphones slated for release next year is the Nokia P1 given the fact that this model will represent the return of one of the most important players in the phone market after having a long period of inactivity. If the Finish company wants to recover its crucial importance, the Nokia P1 will definitely sport some powerful features that make this flagship something cool and popular, and here are some that the customers would definitely love.

A Snapdragon 835 Processor And 6GB Of RAM

The Finnish company knows perfectly that one of the common denominators of the most important smartphones in the world is having a great performance and a battery life since both details are some of the most important features that customers expect in a great mobile device. Fortunately, the Nokia P1 might actually have something important to say in this field.

As many rumors suggest, this flagship might wear a Snapdragon 835 processor and 6GB of RAM, which mean that this could probably be a mobile device perfect for gaming, since the 835 is made with 10nm processor technology. Naturally, this will result to Nokia P1's golden return after several years left into oblivion.

Offering a heavy usage will make the Nokia P1 one of the most incredible flagships next year, and even when its glorious moments seems far away, if the Finnish company wants to recover the throne as soon as later, this could be the first step into a mission that no one expected that Nokia could actually start.

A Camera Worth Of Its History

If there´s a single feature that a smartphone definitely needs to have in order to achieve greatness and popularity is the camera.  Fortunately for the Finnish company, this is exactly the feature that framed the brand along its history, given the fact that almost every single Nokia smartphone had a camera that made people ignore that the company was about to vanish if it didn't leverage to the innovation its competitors were releasing.

Apparently, the upcoming Nokia P1 will sport a 23-megapixel Carl Zeiss camera, which would definitely help this flagship to achieve the highest popularity possible to have great sales and become one of the most important mobile devices next year.

The Most Amazing Feature That The Nokia P1 Would Offer

In addition to the necessary specs and features, if there´s something that recent years have shown to us about a smartphone success, is that these devices also needs to wear luxury details that blow everyone´s mind even when is something extremely unnecessary and even whimsical.

In this field, the latest feature that the coolest smartphones have is being waterproof, since this is something that has prove to gain a lot of attention from users, given the fact that there are chances of using the device under water.

According to several rumors, the Nokia P1 will sport this feature with an IP68 certification, just as the Galaxy S7, which means that this phone could even be used under water for about 30 minutes. Although this won't determine the Nokia P1 greatness, it will be something that just a few smartphones will have next year, which will make this mobile device something almost unique in this feature, and another reason to buy if you want a waterproof phone.

If Microsoft ends up releasing the Surface Phone next year, the tech giant will enter into a new epic battle against Apple, this time in a smartphone market that is totally ruled by the iPhone.

HP Stream 14-ax010nr Review: An Efficient Windows Laptop That Will Cost You Less Than $250

If you´re planning to buy a laptop to work a lot, this won´t be your best choice, because even when the price is extremely attractive, the laptop´s nature is for the regular stuff.