Clash Of Clans Guide: The Best Bowler Combos To Get 3 Stars 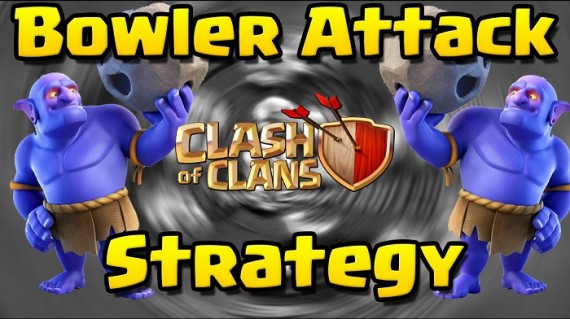 The latest update in Clash of Clans introduced a couple of brand new things to the game. From new features to balance changes, it made the hit mobile title more interesting than before. Apparently, it also made a bit harder for players to acquire 3 stars from a Town Hall of Level 11. The changes made, particularly on the miners, have significantly affected the overall strategy of players. But hey, it's a thing in the past now. This guide will help you overcome that struggle. You'll also be able to learn a few tricks or so, giving you the chance to acquire 3 stars again!

First and foremost, note that there are a total of two effective war attacks. Either way, both of these will help you acquire three stars. And how are they done? Well, simply by way of using the various bowler combinations. It holds true that there are players who aren't fond of spamming Bowlers when attacking. However, it can be mediated as long as you partnered it with different type of troops.

Want to know the safest and easiest way to earn 3 stars in Clash of Clans? This attack strategy here, without a doubt! In the Bowler-Healer combo, you will substantially need at least 30 bowlers and 6 (or even 8) healers in preparation for your attack. Divide them into two groups, with each attacking in opposite, adjacent corners. And course, be sure to put the healers behind the bowlers.

Your main goal when using this combo is to destroy the opponents' base and outer defense/structure. Once you do, you should be able to pave a clear and straight path in the enemy's middle base. As for the spells, the best ones to use are Freeze, Jump and Rage. These will ensure that all obstacles in the attack are eliminated. By the time more corners are owned, finish the game by releasing more bowlers along with a mix of Giants and other key heroes.

This is probably not the kind of combo attack you'd want to use at first in Clash of Clans. But hey, just like the aforementioned combo, it's also a surefire way of getting 3 stars. The only difference with this combo attack is it utilizes less bowlers, but with more witches. The idea here is to get the witches' skeletons to tank most of the incoming attacks, as these will only destroy the bowlers at a quicker pace. To make this attack even more effective, it's best to add a combination of Golem and Giant. These troops will be there to take the incoming hits, making way for the bowlers.

The aforementioned combo attacks are prove and tested. While they work accordingly, they usually depend on the kind of gameplay the players has. To ensure that you get the most out of the two tricks, practice them first in regular attacks.

What are your thoughts on this Clash of Clans guide? How about the two above-mentioned combo attacks for Bowlers? Any other tips you can share? Be sure to let us know what you're thinking at the comment section below!

Wondering what sort of things have arrived via the Clash of Clans Winter update? Check them out here!

The Clash Of Clans Winter Update Is Finally Here!

Want to know the entire sneak peeks Supercell has for the Clash of Clans Winter update? Check them out here!