Will The Nokia Z2 Plus Emerge Powerful vs The Lenovo ZUK Edge And iPhone 8? 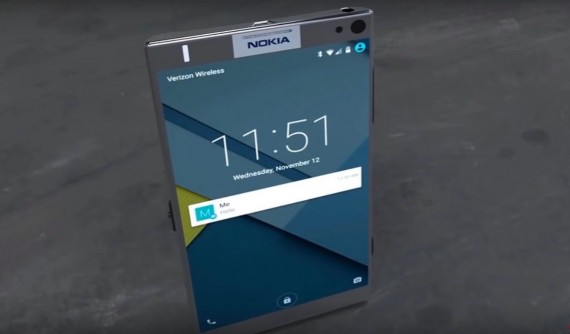 With Nokia's return in the smartphone industry, its upcoming model Nokia Z2 Plus is thoroughly reviewed to see if it can outmatch the Lenovo ZUK Edge and the iPhone 8 with specs and features. (Photo : AfiTech/YouTube)

The Nokia Z2 Plus, Lenovo ZUK Edge, and iPhone 8 are few of the most anticipated smartphones of 2017, especially the iPhone 8. Since its Nokia's biggest return in the digital world of cell phones, it is interesting to check if it will stand out against its biggest rivals. Below is a detailed review of each model.

There are no official rumors yet regarding the price tag of the Nokia Z2 Plus, but we can estimate it with the price tags of the two Nokia D1C variants and the Nokia P. For the Nokia D1C variants, its 5-inch screen model is expected to be around $150, while its 5.5 inch model is around $200. As for the Nokia P, there is not much information about this device, but it is rumored to be the premium model for the 2017 Nokia smartphones and is expected to cost around $600-$900. So if we base it on these prices, the Nokia Z2 Plus could probably be around $300-$500.

There are no specific numbers yet as to what the body dimensions and weight will the Nokia Z2 Plus have. As for the Lenovo ZUK Edge, it has a body dimension of 5.63. x 2.93. x 0.30 inches and weighs 160 grams. The iPhone 8 Ferrari on the other hand, it is said to have an all-glass design, curved display, stainless steel edges, a software-based Home button, and thinner than the iPhone 8 and iPhone 8 Plus.

There is also no information yet regarding what are the display specs of the Nokia Z2 Plus. For the Lenovo ZUK Edge, it features a Full-HD 5.5-inch capacitive touchscreen (16M colors) with a screen resolution of 1080 x 1920 pixels. As for the iPhone 8 Ferrari, it is said to feature either an OLED or AMOLED panel (but the OLED is more popular) with a screen resolution of 2560 x 1440 pixels. It also has a Fingerprint Scanner embedded on its screen.

The Lenovo ZUK Edge runs on Android 7.0 (Nougat) and is equipped with Qualcomm Snapdragon 821 chip. Its CPU power is 2.5 GHz and its GPU is the Adreno 530. For the iPhone 8 Ferrari, it will be running on the latest iOS and equipped with the upcoming All Fusion chipset.

There are no leaks yet regarding the camera specs of the Nokia Z2 Plus. The Lenovo ZUK Edge features a 13 MP rear camera with an aperture of f/2.2 and a 8 MP front camera with f/2.2 also. For the iPhone 8 Ferrari, it is rumored that it will have similar camera specs of iPhone 7 Plus, but will be more sophisticated and will have Optical Image Stabilization for each lens featured on its rear camera.

I will be honest, the rumored specs and features of the Nokia Z2 Plus seems kind of underwhelming. But still, I hope that Nokia will prove the rumors wrong and give the Nokia Z2 Plus much more powerful specs and features. Also, it would be cool if Nokia could bring back the "durability" that Nokia phones are known for - minus the bulkiness of course.

Lenovo has a new upcoming smartphone that will surely make you want to consider buying. One thing notable about this device is that it is packed with high-end specs but is retailed at an affordable price.