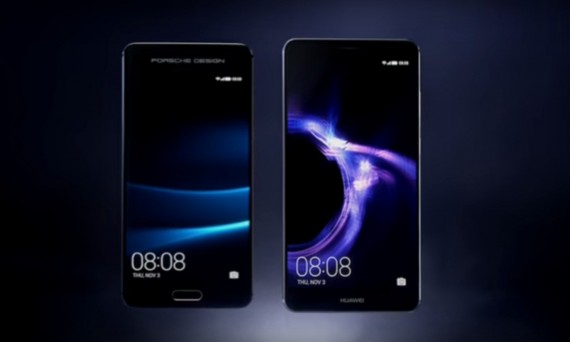 The Huawei Mate 9 and Huawei Porsche Design Mate 9 are two of the hottest phones of Huawei right now.

Though they are both great phones and shares almost similar specs and features, there is a quite obvious price gap between the two smartphones. The Huawei Mate 9 is retailed at a price tag of $767, while the Porsche Design Mate 9 costs around $1500. Now, let's begin the comparison.

The Huawei Mate 9 features a soft aluminum case with a body dimension of 6.18 x 3.11 x 0.31 inches and weighs 190 grams. On the other hand, the Porsche Design Mate 9 also features an aluminum metal case, but features 5.98 x 2.95 x 0.30 inches for its body dimensions and weighs 169 grams. On both phones, users may find that on its right, the power and volume keys are located. On the left is a dual-SIM tray. And at the bottom, a USB port, speakers and headphone jack.

According to sources, though both phones are quite large, the body designs for both phones are perfect that users will find them easy on the hands. However, there is one issue. Aside from metal cases scratching so easy, the Porsche design's metal case tends to get a lot of fingerprints which can make it look untidy. Also, the Fingerprint Sensor on the Mate 9 has faster reaction time compared to the Porsche Design.

Both smartphones house a non-removable Li-Po 4000 mAh battery. However, because the Porsche Design has a much powerful screen, its battery life tends to suffer. As reported, in terms of gaming, the Mate 9 can last for 5 hours and 12 minutes. But for the Porsche Design Mate 9, it only lasts for 4 hours and 34 minutes.

Both phones have great platform specs, but users can notice that when using both phones the Porsche Design Mate 9 offers a much smoother experience, especially in gaming.

Camera specs between the two smartphones are no different from each other. Both smartphones feature a Dual 20 MP rear camera with f/2.2 aperture, a 8 MP front camera with f/1.9 aperture, and both shoots at 2160p@30fps. As with camera performance, photos reveal crisp and full details.

The Porsche Design has its impressive strengths but I don't think it will outdo the Mate 9 pro.  After all, a thrilling battery performance matters and that's the main foundation of the latter.

The Huawei Mate 9 Porsche design offers unique features with its impressive specs. The only downside of the latest device is its expensive price that costs $1450-$1500.

Latest news regarding the 5-second bug video that is currently terrorizing iPhone users. Read also which is the better phone between Apple's iPhone 7 and Huawei Mate 9 Pro.

Huawei Mate 9: All You Need To Know

The long awaited Mate 9 has finally been revealed by Huawei and it is receiving positive reviews.