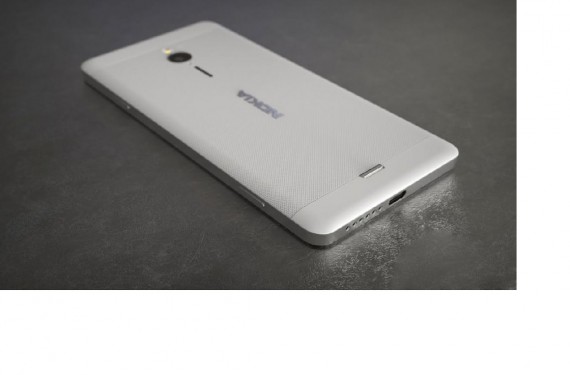 Some exciting Android smartphone trends are expected for 2017. (Photo : TechDroid/YouTube)

Major brands such as Samsung, as well as smaller players like OnePlus, have a few exciting projects coming up in 2017.

A new year is around the corner, and fresh smartphone models from the top manufacturers are on the way too. There are reports pointing to the upcoming devices' features, way ahead of the release of these next-generation phones. Among the most exciting new features are included virtual home buttons, 4K screens, curved displays and wireless charging.

Here's a look at the top trends in Android smartphones we can expect in 2017.

Samsung had great success with its Galaxy S7 and the S7 Edge. But in light of the Note 7's battery problems and subsequent fiasco, the South Korean company will probably have to bring a lot to the table for its follow-up to these phones. For this reason, tech analysts expect that the upcoming Galaxy S8 will be extra special.

After two years into South Korean company's switch to premium smartphones, the designs of the Galaxy S6 and then the Galaxy S7 lines of smartphones are a bit tired at this point. Samsung is likely up for a potentially big refresh of their Galaxy S line.

Reports have suggested that Samsung might offer only curved devices in two sizes and not launch a flat version of the S8. These upcoming Samsung flagship smartphones could also come with an increase in screen resolution to 4K. In case that these speculations and rumors are true, then the upcoming smartphones will need to be powered by the latest chipset, so expect a new Exynos.

There are also speculations about an OLED bezel-less display and the discontinuing the physical home button. Tech analysts also expect Samsung to add USB Type-C support to its flagship lineup. When it comes to the operating system, the S8 will likely launch with TouchWiz and Nougat.

There is also talk of removal of the headphone jack, an under-glass fingerprint reader, bezel-less display, dedicated Assistant button and a special unveiling in April. It seems that the South Korean company has chosen a late April launch in order to ensure the necessary time for extra testing for its completely new phone design. Samsung is extra cautious to not allow the Note 7 story play out again.

Another important player in the Android space is China-based OnePlus. According to ZDNet, there is speculation that the company will release OnePlus 5 in the coming year, skipping the 4 number. The upcoming OnePlus 5 is rumored to come with a glass or ceramic body.

OnePlus' latest phone is the OnePlus 3T. If the current speculations are true, then the design of the next OnePlus flagship will be very different. OnePlus will likely keep being original, following the tradition of changing things launched with the OnePlus X. The OnePlus 5 might come with a Qualcomm Snapdragon 835 chipset and a 5.3-inch display.

While being a really good high-end smartphone, Google's Pixel does not perform as good in terms of money making for the company.

Finnish mobile phone brand Nokia is planning a return on the market.

There are many rumors and speculations regarding the highly anticipated Samsung Galaxy S8 handset.

Almost 36.5 million Android devices have been affected with a new malware dubbed as "Judy". It has been found in 41 apps on the Google Play.