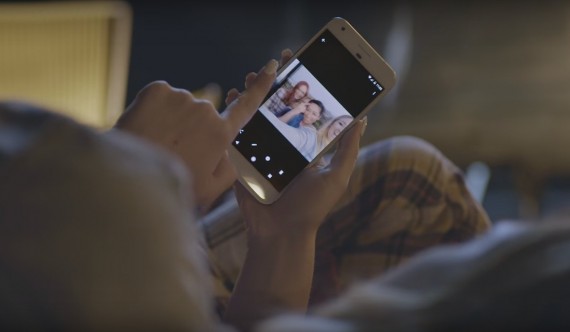 A picture of a woman viewing a photo on her Google Pixel. (Photo : Google/YouTube)

Despite the good reviews, Google's Pixel smartphone is not really a moneymaker for the company.

Pixel's Success On The Market

According to Forbes, with an average price around $700 and its high-end features, the Pixel is aimed to compete with Android high-end devices and Apple's iPhone. Google's Pixel appears to create strong demand and strong initial sales. For instance, according to a report made by Wave7 Research, it is estimated that in the weeks following its launch the Pixel was 7.5 percent of Verizon's activations.

While these numbers might seem encouraging for Pixel's success on the market, we have to keep in mind that the Pixel's activations are coming off of a low base. This means that, in fact, the percentage increase may not mean that a great number of devices were sold.

For those who already use Google apps such as Maps, Google calendar, Gmail, Pixel is a really device that provides a platform where these apps work together seamlessly. Another great feature is the fingerprint scanner on its back. The nice camera, the free photo storage, the real time traffic alerts, the precise GPS and the device's fast speed are all pros to recommend the Pixel.

How Much Does Pixel Makes For Alphabet?

DiClemente at Nomura estimates only around $100 to $200 million in 2017 operating profit from $1.8 billion in Pixel sales. The sales Pixel could generate are pretty low when compared to over $27 billion total sales for the company.

Nowak at Morgan Stanley forecasts that Pixel will generate around $900 million in gross profit out of a total profit of $65 billion next year. As we can see from these forecasts or expert market analysts, the Pixel doesn't add that much to Alphabet's bottom line, at least for the next few years.

The Real Effect On Android

According to Computerworld, Google's Pixel smartphone will be worth remembering in the long run. The device itself, what we can see on the surface, is just one small piece of a much larger picture. Google's Pixel is much more than just the sum of its parts. On one hand, the device is providing a holistic Google-controlled version of what an Android device ought to be, on the other hand the handset is also leaving Android open to manufacturers.

With Google's Pixel users have an option to enjoy Android at its best, from end to end, the way it intended it to be experienced. But, in the same time, the tech giant is still giving other phone-makers the ability to experiment with the Android operating system for their own creations.

While it is true the fact that the Pixel phone presently makes up a very small piece of the overall Android pie, on the big picture Pixel has a real effect by setting a new performance and quality bar for what an Android device can be. This is already expressed in many reviews seen around the web.

For instance, in the past years it encouraged customers to purchase Samsung's Galaxy S line, but now The Wirecutter considers the Pixel as the "best Android phone." According to them, while Samsung's software has improved, it still has some bugs and redundancy and it's a couple Android versions behind. All these issues make us yearn for the Pixel.

In its latest "best phone" recommendation, Android Central reaches a similar conclusion. According to the publication, its former recommendation, Samsung's Galaxy S7, doesn't come with software that can match the Pixel and is still two major Android revisions behind.

OnePlus 3T: As Good As Google's New Pixel But Much Cheaper?

OnePlus 3T is as good as top brand smartphones such as Google Pixel, but for a much cheaper price.