Can The Nokia Edge Outperform The HTC X10? 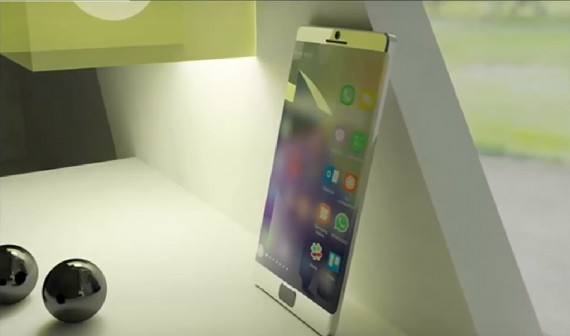 Both the HTC X10 and the Nokia Edge will be released early next year and tech fans and analysts are keen on knowing as to which smartphone has the abilities to outdo the other. (Photo : Latest Mobile Phones OFFICIAL/YouTube)

For the HTC X10, it features a 5.5-inch Super LCD capacitive touchscreen (16M colors) with a screen resolution of 1080 x 1920 pixels (~401 PPI). It is also protected with an unspecified version of a corning gorilla glass. As for the Nokia Edge, it will feature a 5.5-inch screen with 2k resolution and a pixel density of 441 PPI.

The HTC X10 is going to run on Android 6.0 Marshmallow and will be powered Mediatek MT6755 Helio P10. Its CPU is an Octa-core (4x1.8 GHz Cortex-A53 & 4x1.0 GHz Cortex-A53) with a Mali-T860MP2 for its GPU. As for the Nokia Edge, it is reported to run on the latest Android Nougat. About its processor, it is kind of hard to specify, because some sources are claiming that it will definitely be powered by a Qualcomm Snapdragon 835 chipset, while some sources are saying it will be powered by an Octa-core processor or something.

The HTC X10 features a 13 MP rear camera with an aperture of f/2.0 and a 8 MP front-facing camera. For its video, its shoots at 2160p@30fps. The Nokia Edge, it is reported to feature a 23 rear camera equipped with Carl Zeiss optics, auto focus feature, and a high zooming feature. However, there are also reports claiming that it will feature a dual-lens camera. And for its front camera, it is 8 MP.

Regarding the battery specs of the HTC X10, there is no information about it yet. As for the Nokia Edge, it is reported to house a 3,600 mAh battery, which according to tech fans is quite a great battery to have in terms of giving a good life batter life performance.

The HTC X10 has no notable features worth mentioning or to make it unique. It is just the common feature found in any average smartphone. As for the Nokia Edge, this smartphone is rumored to be the premium model on the 2017 Nokia smartphones. However, as of now, the only reported features of this smartphone are Iris Scanner and Fingerprint Scanner.

If we don't consider the price tags and assume that Nokia Edge really features a 6 GB RAM storage, then I think the Nokia Edge is the better smartphone. For me, a smartphone running on the latest Android Nougat, powered with a Snapdragon 835, features a 5.5-inch screen, 23 rear camera, and has a RAM storage of 6 GB is crazy powerful. That will be like a perfect smartphone that any user can use such as gaming, watching videos, selfies, or anything in particular.

Nokia, after announcing that it is making a big comeback and planning to release the Nokia D1C, Nokia Z2 Plus and Nokia P next year, is adding another addition to its 2017 smartphone line-up. Though there is no name for it yet, fans and critics are naming it as the "Nokia Edge" for now.

How The HTC X10 Can Eventually Outmatch Google Pixel

The HTC X10 is expected to be released in January 2017 with its leaked specs and features believed to beat Google Pixel.