The Most Incredible Apps You Can Use With The Surface Pen 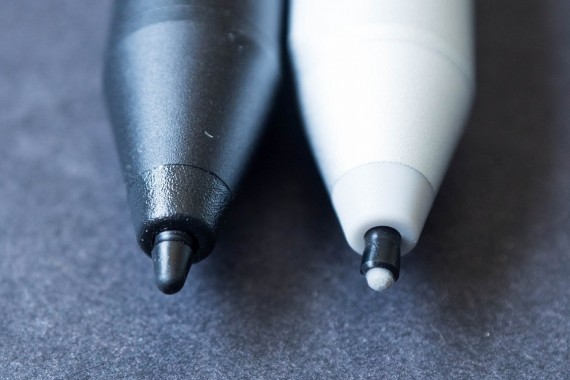 The Surface Pen is an incredible device that you can use with the Microsoft Surface Pro in order to enhance your experience with it. Although many customers are not used to this device, there´s a lot of apps that makes the Surface Pen something great and efficient to make several tasks. Here are some of them.

Mischief: A Great App For Designers

When the Surface Pro was released, it was defined as an incredible laptop that would become the best friend not only for regular users but also for the designers, given the fact that it offers incredible specs and features in order to make this kind of works in the best way possible. Given this situation, one of the most incredible apps that you can use with your Surface Pen to these endeavors is Mischief, which allows you to do almost whatever you want with the design or the draw you´re making, which turn this app into something out of this world.

Mischief gives you the possibility of zoom and shrunk the surface as much as you want, moving the numbers, characters or captions to any direction as far as you want. Somehow, this app can easily be defined as a futuristic version of Microsoft Paint, and the Surface Pen will make it easier to use.

FluidMath: The Greatest App For The Surface Pen And For Math Lovers

Doing Math in any kind of modern tech device is something not exactly great, which has created a huge concern among those who work in this profession, considering that tech innovations most of the time benefits other areas as writing, design, or video edition. Of course, there´s a lot of programs that can be used for this endeavor, but is quality is so bad that is best not to do anything.

However, FluidMath is probably the most amazing app that you can use for doing Math, which becomes something even greater if you use the Surface Pen, given the fact that this device makes the Surface Pro as comfortable as a simple notebook in which you write the numbers and formulas in the easiest way possible. Although this app has been described as the best tool for an educator, it can also be used for math professionals as well, since it offers a bunch of functions that makes it something outstanding.

This is probably the most incredible app that you can download if your passion is to draw, given the fact that it has been designed for this kind of task and to use it with the Surface Pen, which means that it would be almost impossible to use it without this tool. Its name is Sketchable, and the best way to define it would be a dream that come to fruition.

This is a painting, drawing and sketching app which user interface is usually being tweaked by the developers in order to make it more efficient and amazing for those who wants to use it, to the point in which it even allows to send any kind of problem that you´re noting in order to fix it at fast as they can.

This app is the best you can find if you want to make a work of art, given the fact that it offers a huge array of tools that would make you exploit your creativity in the best ways possible. So if you have a Surface Pro and don´t know what to do with the Surface Pen, this is a must have app.

The Most Delicate Cyber Security Issues That Might Happen In 2017

Considering that there has been a lot of cyber strikes to major websites and institution, both cyber security and hackers method to maintain the effectiveness of their attacks will increase in 2017.

The Most Groundbreaking High-Profile Revelations Of WikiLeaks In 10 Years

Although it hasn't been proved, WikiLeaks has been blamed for working with the Russian government in many opportunities, especially in the 2016 U.S. elections in which Donald Trump was elected as the new president.

Both the Surface Pro and Surface laptop have now gone under the knife in iFixit's obligatory tech teardown.

The new iPad Pro from Apple is s good you may want to get rid of your Microsoft Surface Pro.