Does The Nokia 6 Have What It Takes To Match Samsung Galaxy S8? 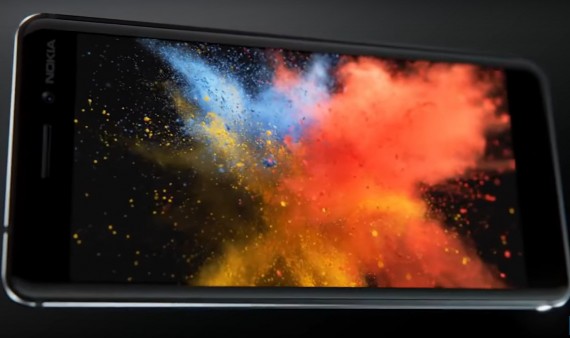 Nokia and Samsung smartphones are the highly anticipated smartphones of 2017, both having their own comeback stories and plans to prove their worth. Nokia, freed from its contract with Microsoft is making a comeback and revive its glory days, while Samsung after its Note 7 fiasco is trying to make a statement that their smartphones are definitely high-end and safe to use. (Photo : The Phone Commercials/YouTube)

Yesterday, the Nokia 6 was just officially introduced by HMD Global, while the Samsung Galaxy S8's unveiling moment is still unclear, but probably 2 months from now if the leaks are true. Regarding about the Samsung Galaxy S8, there are tons of rumors and leaks about what its possible specs could be and would take probably 2,000 words to describe them all and will just add more confusion. But for this article, the specs, and features of the Galaxy S8 will be based on the recent reports I've read and some of the articles I've covered in the past. So, in case that some of the information will differ from your information, feel free to leave a comment in the comment section.

The Nokia 6's retail price is 1,699 Yuan ($246) and will be released early this year. As for the Galaxy S8, its reported retail price is kind of confusing. For starters, it was initially expected to be around $810-850. Now, recent reports are claiming that it will be either $750 or 15-20 percent more expensive than the Galaxy S7. Its release date is rumored to be on April 18.

Though the Nokia 6 has been officially unveiled to the public, its body dimensions and weight is unknown. But what we do know base on the video and reports, it has a sleek aluminum case with a Fingerprint Scanner on its Home button and features dual-amplifier speakers equipped with Dolby Atmos technology. Meaning, according to claims, its sound performance will be richer, deeper and with unrivaled clarity (probably on a smartphone range of its budget).

The Galaxy S8 on the other hand, its design is said to feature no 3.5 mm headphone jack, software-based home button, curved edges, almost bezel-less, and a 90 percent screen-to-body ratio. Also, according to the Samsung's vice chairman, the perfect word to describe the Galaxy S8's design is "slick." So yeah, we could possibly expect that the Galaxy S8 will look awesome - I suppose.

The Nokia 6 features a 5.5-inch screen with a screen resolution of 1920 x 1080. It is also protected with a 2.5D Gorilla Glass. Now, there is no solid information yet about its screen type is, but based on the video, it's probably an LCD screen.

As for the Samsung Galaxy S8, this is going to be a little bit long and confusing, but I will try to shorten it. Samsung will have two screen size variants: a 5.1-inch and a 5.5-inch which is codenamed as "Dream" and "Dream 2." However, there are also other reports claiming that it is a 5.7-inch and a 6.7-inch screen variant. And for its screen resolution, you must have heard talks about a Samsung smartphone 4k display. Well, only the larger models will have it, respectively the 5.5-inch and 6.7-inch screen variants.

The Nokia 6 features 64 GB with 4 GB of RAM. It also has an expandability option via a microSD card. The Galaxy S8 on the other hand, the most well-known rumor about its internal memory is that it features 8 GB of RAM.

Now, the battery is a sensitive topic for Samsung smartphones, so I will say that this is only based on rumors. But first, for the Nokia 6, it houses a 3000 mAh battery. The Galaxy S8 is said to feature a 4200 mAh battery.

Sadly, the only known special features of the Nokia 6 are the FPS (fingerprint scanner) on its Home button and its speakers equipped Dolby Amos technology. Aside from that, there is nothing. As for the Galaxy S8, it is reported to have a wireless charging feature, dual-stereo speakers, an iris scanner, and possibly an S Pen and wireless headphones (it is reported to have no 3.5mm headphone jack, so it could be possible or something entirely different).

To be honest, I am one of those tech enthusiasts eagerly waiting for what Nokia has to offer with its 2017 smartphones and will probably choose a Nokia smartphone over a Samsung smartphone just to share the big comeback of Nokia. But for this article and based on the reported specs and features of both the Nokia 6 and Samsung Galaxy S8, the Samsung Galaxy S8 is much more powerful and looks promising enough to be the world's finest smartphone of 2017, unless there will be a Note 7 repeat. There you have it, the Nokia 6 doesn't have what it takes to match the Samsung Galaxy S8.

New Leak Reveals How Powerful The Snapdragon 835 Chip Is

A new leak has been discovered regarding the SnapDragon 835 chip. In the recent leak, details as to how powerful the chip are revealed and is said to offer greater display specs, improved VR and AR experience, faster charging, and more.

Is The Xiaomi Mi 6 Mix More Appealing Than The Samsung Galaxy S8?

The Xiaomi Mi 6 Mix and the Samsung Galaxy S8 are two of most anticipated upcoming smartphones of 2017. While both smartphones are gunning for the futuristic look, who has the best specs and features to offer?