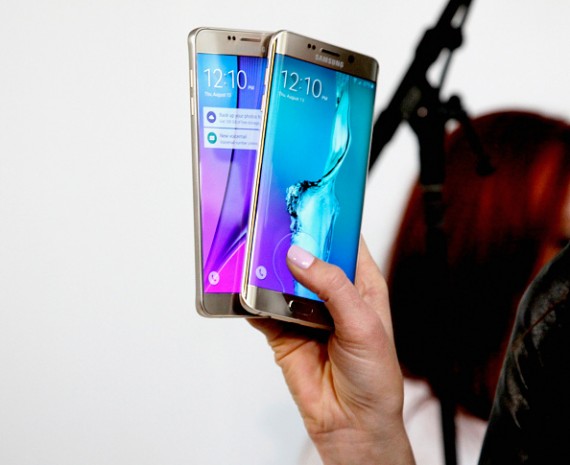 According to market analysis, Apple is catching up in key markets such as the U.S., but Google's mobile software Android continues to lead markets in China, Europe and America.

According to CNET, in the last three months of the year 2016, Android phones sold far better than iPhones in countries such as China, France, Germany, Spain and Italy. Android sales also edged Apple's iPhones in the United States.

In the U.S. Samsung's Galaxy S7 and S7 Edge have reached almost the same amount of sales during the holiday period as Apple's iPhone 6S, iPhone 7 and iPhone 7 Plus. More exactly, sales of Samsung's smartphones achieved 29 percent of the market share, compared to 31 percent for Apple.

Meanwhile in China, for the three month span, Android devices achieved 80 percent of the market share. China has been a key international market that was difficult for Apple to penetrate. Android still holds the leading position in the markets of many countries around the world. However, the positive side for Apple is that its market share on the mobile devices market still has room to grow and continues to do so.

According to Apple Insider, Apple's iPhone was gaining more market share in the U.S. towards the end of 2016, but facing tough competition from cheaper and local alternatives, it experienced setbacks in China. According to a market analysis performed by Kantar WorldPanel ComTech based on sales data, Apple achieved a 43.5 percent market share in the U.S., advancing 6.4 percent year-over-year during a three-month period ending in November, comparing with 37 percent during the same period in 2015.

Apple's advance in the U.S. market share pushed Google's Android platform back to 55.3 percent of the market. For Android this is a sixth consecutive period of decline. Google's mobile operating system held a 60.4 percent share in the U.S. a year ago. It is difficult to say whether the Android slide would have been stopped by sales of the Samsung Galaxy Note 7 if reports of its exploding battery would not have been caused a recall and retrive of the smartphone by Samsung.

The most popular mobile phones in the U.S. were the iPhone 7, 7 Plus, and 6s, accounting together for 31.3 percent of sales. Meanwhile, thanks to the Galaxy S7 and S7 Edge, Samsung though controlled 28.9 percent of the sales. Google's new Pixel smartphone has shown signs of rapid growth, managing to achieve 1.3 percent of sales short time after its launch on the market.

Meanwhile, Apple's share in urban China dropped to 19.9 percent from its previous 25.3 percent, due to increasing competition from local firms Xiaomi, Oppo and Huawei. For instance, Huawei has a 25 percent market share in China.

In top European markets such as Germany, Britain, France, Spain and Italy both Android and the iPhone made gains year-over-year, reaching 72.4 and 24.6 respectively. This was also facilitated by a decline of Windows phones that dropped to 2.8 percent. For Apple, Britain was a particular strong point. There, share of its iPhone increased 9.1 percent.

Some exciting Android smartphone trends are expected for 2017.

What To Expect From Google's Expansion Into Hardware?

Google unveils new products that show its plans of making a jump into the hardware market.

A new set of leaks shows what the iPhone 8 looks like from different angles while another hints at a possible wireless charging support for the tenth anniversary iPhone.