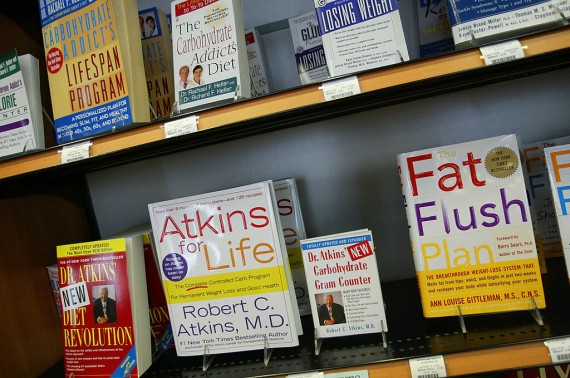 Yearly resolutions are often committed to eating healthier and more quality food in order to shed off some extra calories and fats incurred over the holidays. While it is important to stick to a diet, it should be kept in mind that not all diets are created equal. Sadly, most of the ones that gained hype over the years are not the most effective ones.

The US News and World Report ranked 38 eating plans for its annual list. The ranking was based on different criteria including the ease and convenience to follow the diet plan, its effects on weight loss (both short- and long-term), its nutritional value and safety, and its ability to prevent noncommunicable diseases such as heart disease and diabetes. The costs associated with the diet plans and its compatibility to work out programs have not been however considered.

The ranking involved the audience and expertise of a panel of nutritionists and dieticians. Below is a list on which diets made it to top 10.

Vegetarian diet made it to top 10 in 2017 from top 13 in 2016. This diet has fairly simple instructions- no meat allowed. Vegetarian diet replaces meat with more vegetables, making you feel fuller all at once.

Ornish Diet, developed by Dr. Dean Ornish, has been ranked one of the best for heart health. This diet considers food on a certain "spectrum." According to Dr. Ornish, some foods are healthier than others- specifically, the less processed the food is, the healthier it is.

Jenny Craig diet has gained popularity due to its celebrity spokespeople like Kirstie Alley and Mariah Carey. This diet uses weight-control counselling and efficiently prepared meals which can be delivered or picked-up at any of its Jenny Craig locations.

Fertility diet, named as one of the easiest diet to follow, aims to help women who are having difficulties getting pregnant. This diet is developed by Drs. Walter Willet and Jorge Chavarro of Harvard T.H. Chan School of Public Health.

The meal plan involves 10 science-backed steps to aid in boosting fertility in women. The steps highlight on more vegetable proteins and oils. It also emphasised on drinking a glass of whole milk. Fertility diet suggests intake of a multivitamin containing folic acid.

The Weight Watchers diet has been ranked as the best diet for weight loss. It has attracted attention through US News and World report rankings in 2017. The company switch to its Beyond the Scale Program.

"The way we think about it is that we used to have a very narrow focus on weight, and now weight is one of things we focus on but it's not the only thing," said Gary Foster in an interview Time magazine in 2015. He is also the Weight Watchers' chief scientific officer. "The consumer sentiment is, 'I still want to lose weight, but I'm thinking about in a more holistic way," added Foster.

Mayo Clinic Diet has been developed by a research group in Rochester, Minnesota. This diet is about breaking bad habits and replacing them with better and healthier habits.

The first part of the diet (which lasts for 2 weeks) involves losing 10 pounds because of new habits, according to the diet.

The Mayo Clinic Diet has its own food pyramid that involves fruits and vegetables at the bottom.

The Flexitarian diet is developed by Dawn Jackson Blatner, a registered dietitian. The diet is focused on being vegetarian while not giving meat intake up completely. It introduces the addition of "new meat" in the diet like tofu, lentils, nuts, beans, and eggs.

The MIND diet lands on the top 2 last year. It emphasises on foods for the brain, with focus on the types that prevent neurological diseases like Alzheimer's.

The MIND diet is a hybrid of the Mediterranean and DASH Diets. It focus on the aspects of the mentioned diets that involves the brain.

Berries, olive oil, dark leafy vegetables and its are some staples of the Mind Diet. This plan based on large-scale studies that identified nutrients needed to prevent cognitive decline.

The Mediterranean Diet has been named as the best plant-based diet among the 38 diets considered, according to the US News and World Report. It is also considered as among the easiest to follow.

Based on the diet common eaten by countries along the Mediterranean Sea, this diet mostly consists of fruits and vegetables, fish and whole grains like brown rice and whole wheat.

The DASH diet, which means Dietary Approaches To Stop Hypertension, has been considered as the best diet for 7 years in a row.

Hypertension has been identified as a common condition in the US. DASH diet addresses this problem by focusing on lowering abnormally high blood pressure. The meal plans focuses on lowering sodium intake to 2,300 milligrams a day and below. It also encourages eating vegetables, fruits and whole grains.

"The DASH diet is really a safe plan for everyone," said Angela Haupt to Business Insider in 2016. Haunt is the assistant managing editor of health at US News & World Report. "There's nothing exciting about it, and that's what makes it a good plan. It's not some fad diet making outlandish claims that you can't rely on," she added.

The DASH diet has also been considered as the one of the best heart-healthy diets, best diet for healthy eating, and best diet for people with diabetes.

Scientists have developed a urine test mechanism that measures the health of a person's diet. It follows and may regulate one's diet converting it to be healthy.

Make sure that you incorporate plenty of superfoods in your diet such as avocado, legumes, and broccoli, if you want to lose weight.

A new study suggests, that men who eat a lot of red meat may have a higher risk of a painful inflammatory state of the colon.

New study says that we should slow down in our butter consumption in order to avoid developing diabetes. Findings say that two slices of butter toast is enough to double diabetes risk.

ADHD News: Mediterranean Diet Could Prevent The Risk Of The Disease

As there is no known cure to ADHD, could it be possible that the answer to prevention be found on a Mediterranean diet all along? What properties are there in this kind of diet that experts are convinced it could prevent the disorder from worsening or from taking place? Find out what health professionals have to say