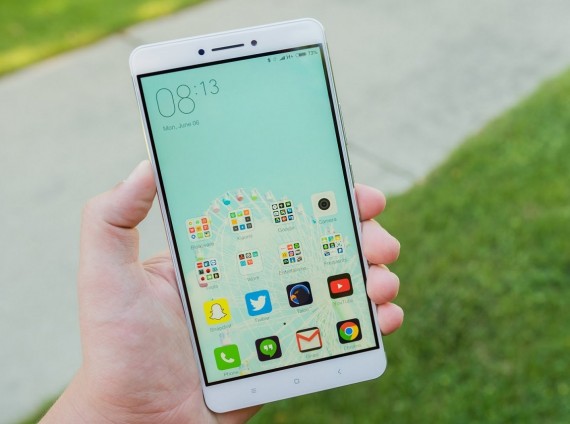 Although Samsung and Apple mobile devices have been the most popular in the past years, Chinese smartphones could beat both of these companies in short term, which will make an incredible turning point.<br /> (Photo : Android Authority/YouTube)

Chinese smartphones have gained notoriety in the last years, thanks to the way in which it has conquered the emerging market with its incredible prices, and outstanding specs and features. Although some years ago many people thought that this would be impossible, these mobile devices are so important right now that it could beat Samsung and Apple's smartphones.

Chinese Smartphones Have A Huge Popularity

The thing about Chinese smartphones is that far from being products that doesn't count with any kind of important background, these are mobile devices that already has a lot of popularity around the world, given the fact that being unable to enter into the America market, the companies decided to release these phones in emerging markets as Latin America, Africa, and many countries of Europe and Asia. Fortunately for its intentions, the Chinese smartphones conquered these markets and turned into the greatest alternative for the most important brands as Samsung and Apple.

Naturally, this is a background that will increase the chance of beating these tech giants´ popularity around the world, considering that this year Chinese smartphones will debut in the U.S. market, and is expected to increase its quality and release such tremendous products. As you might think, this is something that will increase the popularity that it already has in the conquered markets, and both Samsung and Apple cold lose its influence in those places.

Chinese Smartphones Are Cheaper Than Samsung And Apple´s

Although there are many other important reasons that determine the difference between products, the price is always one of the key factors, given the fact that we´re talking about the money that the customer will have to pay. Unfortunately for Samsung and Apple, this is a field in which both of these companies won´t stand a chance against the Chinese smartphones, given the fact that these products are not only cheaper but also offers almost the same specs and features that the best phones of the South Korean giant and the Cupertino company.

This is practically the main weapon of the Chinese smartphones, and the only reason why it never managed to harm Samsung and Apple was because they didn't have the chance to compete in the U.S. market, but now that these products can, the two largest smartphone makers in the world could be beaten unexpectedly.

Chinese Smartphones Will Succeed In The US Market This Year

As reported in a previous article, is almost an undeniable fact that Chinese smartphones will conquer the U.S. market in midterm, and even when this is something that won´t happen this year, the Chinese smartphones will definitely succeed on its debut in this really important market, which will make it easier to beat Samsung and Apple next year, considering that the American customer is going to be used to pay a cheaper price for an incredible mobile device.

This will definitely change a turning point that Samsung and Apple will suffer the most, given the fact that one of the main reasons why it didn't matter the price of its mobile devices was because both companies have been characterized for being way better than their competitors. Believe it or not, it is quite likely that in 2018, the Chinese smartphones will be more stunning for the customers than any Samsung or Apple mobile device.

Although Samsung needs to do everything in a perfect way to restore its reputation with the Galaxy S8, the release date of the flagship might be quite unpopular for the customers.

Although it remains unknown if the Oppo Find 9 could be finally released this year, some incredible specs and features of the smartphone suggest its power and beauty.

Although there haven't been many details about the Xiaomi Mi MIX Evo, the leaks suggest that this would be an improved version of the most popular mobile device ever released by the company.