The Frequently Asked Questions About The Lenovo P2 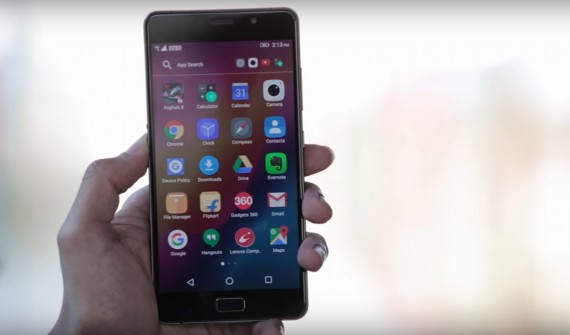 If you are looking for a smartphone that has a great battery performance, then the Lenovo P2 is the smartphone for you. It houses a 5,100 mAh battery which according to the video source could probably last up to 3 or 4 days with moderate use. And for heavy users, it can last up to almost 2 days.

At the launching of the Lenovo P2, one of the claims that the company bragged about was it can charge faster than the OnePlus 3. Using the supplied charger of the Lenovo P2 which is according to the source a 24-watt special charging, can make it possible. And based on another source, the Lenovo P2 can charge from 4 percent to full within 1 hour and 4 minutes.

Does It Support Dolby Atmos?

The Lenovo P2 does not support Dolby Atmos. However, it has Theater Max that is also comparable to the Dolby Atmos.

The Lenovo P2 features only one speaker which is located at the bottom of its body design. In terms of loudness, the speakers are really loud. And for the sound output from its headphone jack, the video source used an Audio Technica M50X which worked perfectly fine with no issues whatsoever.

How Well Does It Perform Compared To The Lenovo P1?

Second, it is able to last longer in terms of battery life. This reason for this is because of its battery and the Snapdragon 625 chipset.

And lastly, the Lenovo P2 has a better camera. Though it may not have one of the best smartphone cameras in the market, it definitely is an improvement.

The Lenovo P2 version that was used by the video source was a 4 GB RAM variant. According to him, multi-tasking and the UI work perfectly fine with no hint of lag or delay whatsoever. With the gaming performance, he wasn't able to really give any conclusive details about it, because he wasn't really able to fully test it out.

Both of these smartphones excel in different categories. Generally, if you're looking for a smartphone with a thrilling camera, the Honor 6X is the better choice. However, if battery life is your main concern, then the Lenovo P2 is the smartphone for you.

Does It Support VoLTE?

The Lenovo P2 has a VoLTE support. With its native VoLTE support, users won't need to use any third party app to access this feature.

By default, the Lenovo P2 has Virtual buttons embedded on its screen which can be disabled if the user wishes to. It also has a physical Home button that acts as a home button, back button, and a multi-tasking button.

The Lenovo P2 has all the important sensors such as the accelerometer, gyro, proximity, and compass. It is said to work just fine.

Are there Any Heating Issues?

According to the video source, there was no excessive or any abnormal heating with the device except for one. The Lenovo P2 heats up quite a bit when charging, specifically its back.

What Video Format Does It Shoot?

Lenovo and Microsoft has partnered together to launch one of the best VR headsets of 2017. Its retail price is said to be less than $400. It runs on the Windows Holographic and is capable of giving a room-scale VR experience without the need for extra cameras and sensors.

Will The Nokia Z2 Plus Emerge Powerful vs The Lenovo ZUK Edge And iPhone 8?

With Nokia's return in the smartphone industry, its upcoming model Nokia Z2 Plus is thoroughly reviewed to see if it can outmatch the Lenovo ZUK Edge and the iPhone 8 with specs and features.

Lenovo has a new upcoming smartphone that will surely make you want to consider buying. One thing notable about this device is that it is packed with high-end specs but is retailed at an affordable price.

Lenovo's upcoming Savior Blade 7000 Gaming PC is a massive i7 unit that costs almost $1000! Are the specs worth the price?