Moto M Review: Should You Buy Or Just Ignore It? 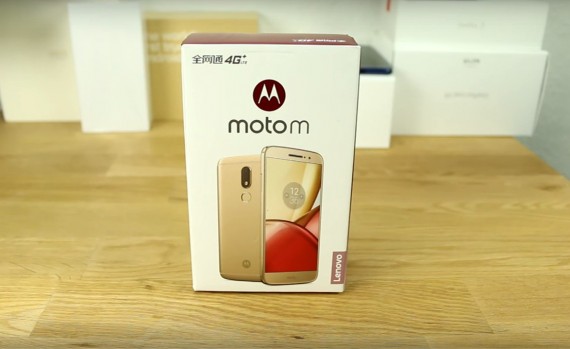 The Moto features a 5.5-inch Full HD display with a screen resolution of 1080 x 1920 pixels. It runs on Android 6.0.1 Marshmallow and is powered by a Helio P15 or P10 processor. (Photo : techtechtech/YouTube)

Bill Gates once said, "If you can't make it good, at least make it look good."

A YouTube channel by that goes by the name 91mobiles did an excellent review regarding the Moto M. There were a lot of interesting things mentioned and I thought I wanted to share some of its insights with you:

The design of the Moto M is simply amazing. It is one of the best-looking smartphones within the price range that it is being offered at. It features a full-metal case and it feels and really looks like a premium device. One can even say that it "looks" like a smartphone that HTC would make, but is Moto native all the way.

Its body dimensions are 5.96 x 2.97 x 0.31 inches and it weighs 163 grams. Unlike other previous Moto devices, its Fingerprint Scanner is located at the back. And though the Moto M itself is not slippery on the hand which many high-end smartphones share, it does come with its own plastic case for a much better grip.

The Moto M features a 5.5-inch Full HD display with a screen resolution of 1080 x 1920 pixels. Regarding its screen quality, the colors are a bit washed out and the phone's maximum brightness is not that impressive as well. Overall, it is simply average at best.

There is also one thing that makes the Moto M's display not impressive, but this is a personal taste shared by some Moto users. The device itself doesn't have an "Ambient display" (aka Active display) which is one of the trademarks of Moto devices. In fact, Moto was the first company to incorporate this feature on Android back when they launched the Moto X.

The Moto M features either 3 GB or 4 GB of RAM, runs on Android 6.0.1 Marshmallow and is packed with the Mediatek Helio P15 (India) or P10, but for this article, the video source had the Helio P15. Performance wise, there were no issues with multitasking, opening apps, and gaming (casual games were tested).

However, there is one thing that seems odd. With the Moto M's software, there was no Moto display, Moto voice, Moto action, the Chop Twice To Flash feature, and the Twist Wrist Camera feature. It didn't feel like a Moto device - so to say. But hey, maybe Moto is planning something for its future smartphones which made them do this with the Moto M.

At the back, the Moto M packs a 16 MP rear camera with PDAF (Phase Detection Autofocus). For its camera performance, day shots are great, while indoor shots are a bit noisy.

There are also two more things about the indoor shots. First, its rear camera doesn't have an OIS (Optical Image Stabilization), so if you don't have steady hands when taking a picture, the photo will turn out to be more of less quality, making it unusable. Second, though the rear camera has a flash, it kind of help with the indoor shots, but there are times that the shots taken won't be as great as one would expect.

Up front, the Moto M features a 8 MP camera. Before we get to the performance, one of the redeeming qualities of Moto smartphones is that its front camera has a flash. Now, regarding the camera performance of the front snapper, it's just the same as the rear camera - only lower.

The Moto M houses a 3,050 mAh battery. Another trivia: Moto devices in the past are well-known to have good battery life such as the Moto X Play, Moto Z Play, and the Moto G4 Plus. But for the Moto M, though it houses the same battery capacity with the Moto G4 Plus (according to the video source, but some sources claim it is 3,000 mAh), somehow it fails in this category.

According to the video source, he had to charge twice a day on average. His Moto M could not go beyond 3 hours of screen-on time and that was only with minimal tasks alone.

For a smartphone that costs $235 (3 GB RAM variant) and $246 (4 GB RAM variant), the Moto M doesn't seem that appealing to me. There are even smartphones out there that with a lower price tag, but also features the same performance capacity.

Here is a list of some of the best smartphones that feature a 5.7-inch screen. From the 2017 Galaxy A7 to the Asus Zenfone AR and many more.

Here is a list of the best gaming phones that you should consider buying. Click to know all about it.

Moto G4 Plus Versus Xiaomi Redmi 4a: Which Is The Best Cheap Phone In The World?

The Moto G4 Plus which is dubbed to be the best cheap phone in the world by tech enthusiasts is going to be sold in a much lower price this Black Friday sale. See how it is compared to the Xiaomi Redmi 4a.