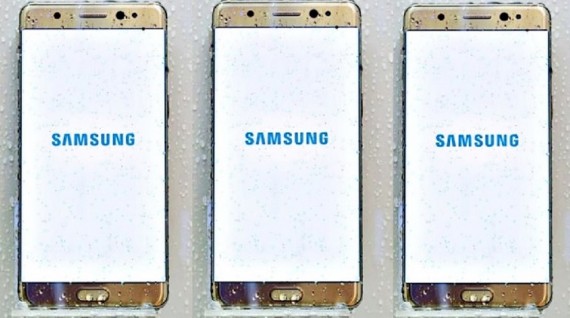 Despite being Samsung's biggest smartphones, the Galaxy Note 8 and the Galaxy S8 are competing against each other as both devices have stunning specs and features to offer.<br /> (Photo : XEETECHCARE/YouTube)

After what happened with the Galaxy Note 7, Samsung is betting a lot this year with the upcoming Galaxy Note 8 and Galaxy S8, in order to restore customers´ confidence and make an important hit in the market. Believe it or not, even when the S8 is expected to be the greatest of these two mobile devices, there are reasons to believe that the Note 8 can actually be more popular. Here are the three most important reasons.

The Galaxy Note 8 Has A Really Controversial Background

Although it might seem ironic, this is actually one of the main reasons why the Galaxy Note 8 might end up being more popular than the Galaxy S8, given the fact that there´s probably nothing more efficient to gain attention than a product with a controversial background. Naturally, this would be the best exemplification of the fact that there´s not bad publicity, considering that if what happened with the Note 7 was something that could destroy the brand´s image, it wouldn't decide to release this new mobile device.

Believe it or not, even when everyone thought that deciding to release the Galaxy Note 8 was such a wrong move that could actually harm the Galaxy S8, the South Korean giant perfectly knows that the Note 7 fiasco can be the marketing flip the company needs, considering that this mobile device will be announced as the Samsung´s response to that matter.

Even when the Note 7 ended up being the worst disaster in Samsung´s history, everyone knew that it was one of the most spectaculars mobile devices ever made by this company, given the fact, that it offers specs and features that customers loved...before the explosions came and destroyed the phone´s charm. Nevertheless one of the most repetitive analysis that many people made about this mobile device was that the fiasco represented a huge shame for customers because this is highly considered as a spectacular phone that a miserable failure was really sad both for Samsung and for tech lovers.

Given this situation, it won´t be exactly a surprise if the Galaxy Note 8 became most popular than the Galaxy S8 since this will be an upgraded version of the Note 7, without the explosions´ issue. In fact, it is even quite possible that this mobile device will end up being one of the greatest products ever made by the South Korean giant.

The Galaxy S8 Mistakes Will Benefit The Galaxy Note 8

With this unbelievable selling, the Xiaomi Redmi Note 4 becomes the mobile device that achieved the biggest smartphone sale in the history, beating other important brands as Apple and Huawei.