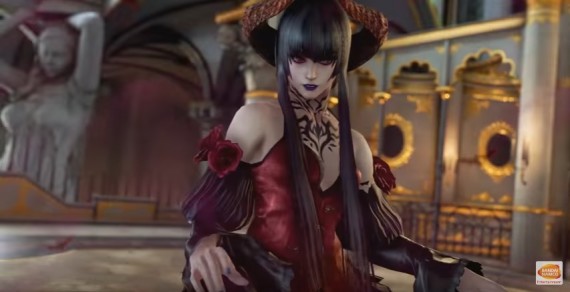 The other day, Bandai Namco Entertainment and Tekken 7 just released one of the most epic trailers in Tekken history called Rage and Sorrow. The video trailer only lasted for about 2 minutes but its more than enough to have a picture of what to expect in the game.

Tekken 7 is one of those games that you can’t go tired with. It might have the same gameplay as it is a fighting game, but still it is very addictive. Tekken 7 is the latest product of Bandai Namco from a very successful franchise, Tekken. Although they haven’t formally announced the release date of the game, there are numerous hints already surrounding the internet on how great this game will turn around.

For those who haven’t watch any of the trailers that were provided for the much-anticipated game in Tekken franchise, you can check them right now on YouTube. There were a lot of gameplays, trailers and even story mode provided. However, the most interesting part is the Rage and Sorrow trailer. Finally, fans were able to see why Kazuya’s hatred toward Heihachi is that deep.

Tekken 7: Kazuya’s Hatred Is On Another Level

The video is also very interesting. Apparently, long before Kazuya was the man we know today, he was trained by none other than the merciless Heihachi Mishima. During their training, you can hear Kazuya stating the words “you kill my mother” while trying to attack Heihachi. However, Heihachi being the ruthless fighter himself didn’t give a damn if Kazuya was just a little boy as he kicked Kazuya in the gut area.

Another intriguing part in the video is when Heihachi and Kazuya are about to fight when suddenly Heihachi shed a tear. So, there you go Tekken fans, who knew that there’s still a human decency in Heihachi’s body. Also, Nina Williams, Bob, Master Raven and other characters in the past are set to join Tekken 7.

Bandai Namco Entertainment is giving a lot of information for the past week. Not only they revealed the new trailer about Kazuya and Heihachi, they also provided a lengthy list of characters who will return in the game. But, they are not finished in giving out information. Yesterday, they’ve confirmed that the first DLC character will be a woman and her name is Eliza.

A character who is suffering from extreme tendency to fall asleep especially in a comfy surrounding. Eliza is a vampire. Her story is very entertaining and her having narcolepsy makes it even more interesting. When she was initially introduced in Tekken Revolution a lot of players wants to get hold of the character. However, unlocking her was very difficult.

She has an array of moveset that is very mesmerizing. She can inflict a great deal of damage while acting like she’s still sleepy. Her combos are very deadly as players suggest. Controlling her needs a little bit of patience and practice. We are not yet sure whether or not Bandai Namco will release Tekken 7 first quarter this year. But, we are okay with them providing useful information each week.

Bandai Namco might have released their final trailer prior to releasing their much anticipated game, Tekken 7. The latest trailer revolves around the hatred between father and son, Heihachi Mishima and Kazuya Mishima.

NBA 2K17 is the real deal when it comes to sports gaming. No offense to NFL Madden 17, FIFA 17 or even WWE 2K17. Just the other day, 2K Sports released an updated knowledge base on how to resolve connectivity issues on the game. Today, they've released a new trailer about NBA All Star game.

Injustice 2: Red Hood Not Included On The List, Will Be Available as DLC?

Another character that should be added in Injustice 2 is Red Hood. Tagged as the second coming of Robin, adding him on the game will give a lot of dimensions, especially with his skill set.

The otherwise successful launch of "Tekken 7" was marred by online matchmaking issues. But Bandai Namco promises that it is working out its latest update to correct these issues.

Gamers compare "Tekken 7" performance on both PS4 and Xbox One to determine the best tournament standard.

Users have data mined "Tekken 7" and discovered some information about its upcoming DLC content.