Smartphone Myths That You Thought Were True But Are Actually False 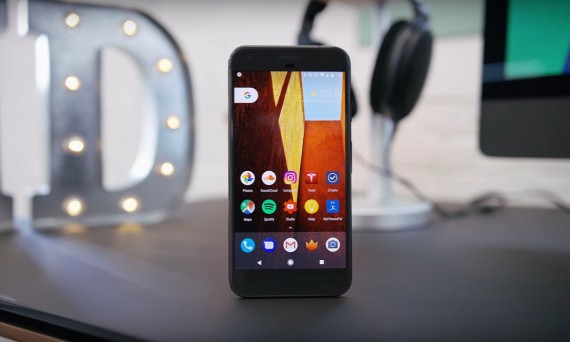 The Google Pixel features a 5.0-inch AMOLED capacitive touchscreen with a screen resolution of 1080 x 1920 pixels. It runs on Android 7.1 Nougat and is packed with a Snapdragon 821 chipset. (Photo : Marques Brownlee/YouTube)

Smartphones these days are simply amazing. All smartphone tech companies have their own gimmicks and features inserted to a smartphone to make it more appealing to the market. However, there are things that you should know about smartphones myths that you actually think are true but are actually the opposite.

Don't worry, a YouTube channel that goes by the name Geekyranjit made a video regarding what are some smartphone myths that many of us believe in which are in fact false.

The Higher Megapixel A Smartphone Camera Has, The Better The Results Are

We all see this with most Chinese smartphones. They pack a very high MP camera like 16 MP, 21 MP or even higher, but does not really perform that well under artificial and low light conditions. Why is that?

Now, technically, it is true that higher MP cameras produce better results. But you must also consider the size of a smartphone. The space available for the sensor is not that much and manufacturers have to squeeze all of the MP into that tiny space.

This is why smartphones such as the iPhone 7 Plus, Galaxy S7 and Google Pixel phones have great camera performance despite having only 12 MP. As of now, the 12 MP is the sweet spot because they let in a lot of light. But of course, it is not only the MP that should be considered but also the camera set-up, the lens, the features and all of those things.

You Should Not Charge Your Smartphone Frequently

This is not true. According to the video source, modern smartphone these days run on lithium-ion batteries, so it is safe to charge your smartphone from time to time.

Never Charge Your Smartphone Unless It Is Completely Drained

Again, this is so not true. In fact, it is the opposite, because this is will only harm the battery of your smartphone. This also applies to laptops.

Charging Overnight Will Degrade The Battery Life Of A Smartphone

This is also not true. Modern smartphones have this smart feature that won't allow overcharging. When the battery reaches 100 percent, it will automatically stop charging.

Killing apps are unnecessary unless you have a 1 GB RAM smartphone. But if you're having at least 2 GB of RAM, you don't have to do this because Android and as well as iOS do manages the memory quite well.

If The Smartphone Has Dolby Atmos Technology, It Is Sure To Have High Volume Quality

This is not true. Even if a smartphone does have a Dolby support, its speakers won't magically become loud. For a smartphone to have high-quality volume, it is dependent on the manufacturer if it will have dual-speaker setup.

Nokia 6 vs iPhone 7 Plus Camera Review

A YouTube channel that goes by the name RTS RealTechShow conducted a camera test comparison between the Nokia 6 the iPhone 7 Plus. Check out to see which smartphone performed better.

Why The $120 Premium Smartphone Ramos MOS1 Max Is Worth Buying

The Ramos MOS1 Max boasts a 6.44-inch display with a screen resolution of 1080 x 1920 pixels. It is also powered by a massive 6,010 mAh battery that is capable of giving the smartphone a battery life that can last up to 2 days.

Samsung is offering a 3-month return period for early adopters with a full refund without any questions asked.

HTC U Ultra Review: Does It Really Have A Horrible Design?

Though the U Ultra is a large, thick and powerful premium device, the phone itself appears to have some wasted space in its design.

The Xperia L1 was just recently approved by telecommunication regulators in Russia and is expected to be announced later this year.