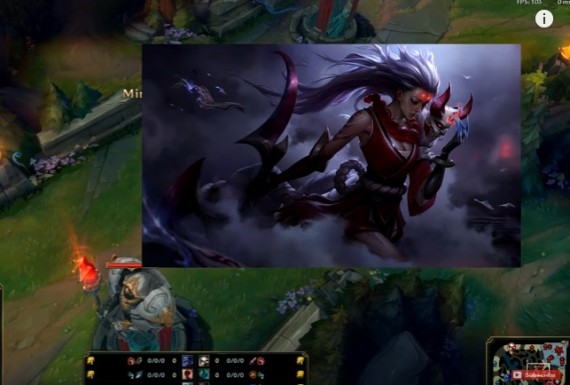 League Of Legends just announced on their official website that a massive page will happen on the first week of February. This patch will introduce a new game mode named Blood Moon and it will beef up some characters. (Photo : RossBoomsocks / YouTube)

Riot Games already started informing all League Of Legends players about their biggest patch that is about to happen this year. Patch 7.3 will include numerous updates on the game especially nerfing and buffing certain characters.

The tentative date of the patch release will be on February 8. They are going to do it bi-weekly but as Riot Games mentioned, players need to check the server maintenance page from time to time. There is a possibility that the new patch will be moved either earlier or at later time. With that said, League Of Legends fans should be ready as their favorite characters will have a major change in their skill.

The new patch will not only be focused on buffing or nerfing some of the characters. It will also target and fix some bugs that were initially reported by the players. Also, they will introduce new Blood Moon skins. This is one of the most talked about topics before and right now they’ve finally confirmed that it will happen. As stated certain characters will have a change in their skills and abilities to balance it up. But there are two characters in particular that will become stronger than what they are right now, Camille and Vladimir.

Although the plans are already announced, this patch might differ once it will be released. For those who are familiar with Public Beta Environment or PBE, it will either take the patch as it is or it will be updated after another patch. This is already a trademark from the developers of the game.

Here’s the latest update on each players numbers once the update is successfully completed.

The upgrade or changes on Camille will be on her 3 skills. Her first skill which is the precision protocol will have an increased on her bonus damage. From 70%, it will go up to 100%. Tactical sweep will have a slow decreased at a rate of 60/65/70/75/80%. Lastly, mana cost will have an increased. Originally it was at 50, after the patch it will be raised to 70. Stun duration will also be decreased to balance it out(0.75 seconds).

We were able to get some important details on what the Blood Moon mode is all about. Basically, it will act like a rotating game within the game. They called it Blood Moon because of its theme. As per their notes, Blood Moon will be spookier and it will let players blindly select between twenty assassins.

For more details on the latest patch of the game, you can visit their official website and check if your favorite characters will have changes.

Final Fantasy XV: Must Have Items Before The Carnival Ends

Final Fantasy XV Moogle Chocobo Event is about to end. However, players still have ample of time to at least get hold of some of the items that is very essential after the carnival.

Injustice 2: Robin Is Not Your Ordinary Sidekick, Gameplay Unleashed

Another character was revealed today by NetherRealm and this name doesn't need introduction, Robin. The teenage boy who used to be the sidekick of Batman is now a grown man. Now, he is ready to stand on his own.

Bandai Namco just released their epic trailer yesterday about Kazuya and Heihachi. Now, they just announced their very first DLC character in the name of Eliza.

Get your free Runeterra codes here to redeem powerful and affordable decks for you to use!