Could HTC´s Next Flagship Represent A Serious Threat On Huawei? 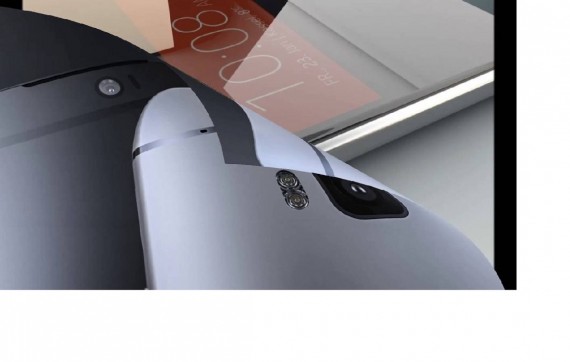 The all-metal, 5.2-inch handset takes a good spot in this year's best mobile releases, thanks to its inclusion of superb features that include Optical Image Stabilization in both front and back cameras. (Photo : Upcoming Smartphonee Review/YouTube)

Although HTC is not among the top smartphone makers in China, its performance in recent years has been great enough to achieve a great popularity in Asia´s largest economy, thanks to mobile devices with great specs and features, at a price that even in the country of budget smartphones is really great for the customers. Nevertheless, newest information suggests that HTC´s next flagship -allegedly called HTC 11- could be so outstanding that it could represent a huge threat for Huawei, which is the most important smartphone maker in China.

HTC´s Strategy With Its Next Flagship Is Quite Heterodox

According to PC World, in addition to the HTC U Ultra, the company will release a mobile device that would be equipped with the Qualcomm 835 Snapdragon processor, which is something that just a few mobile devices will have this year. In fact, the U Ultra will wear just an 821 processor, which even when it´s an incredible one, it won´t match the latest in terms of speed and performance.

Apparently, HTC´s next flagship will be released just a couple of months after the U Ultra, which doesn't seem like a great strategy for this specific mobile device, given the fact that it could be cannibalized by the next flagship, and being unable to achieve an important hit in the market, which is much needed for a company that wants to increase its power and relevance.

In fact, this is a move that would only benefit the alleged HTC 11, which could mean that the company´s action is extremely bold, considering that it would sacrifice what everyone thought it would be the main flagship, to the detriment of another that even when it remains unknown, it seems to be way better than the U Ultra. In any case, being released this year and the big possibility of making a huge hit is the silver lining of a decision that is quite controversial.

Nevertheless, HTC´s next flagship could even excel the U Ultra in its 3,000 mAh battery, which has been one of the most criticized specs of this mobile device, given the fact that customers expected something bigger from the company. Also, is expected that the alleged HTC 11 would have greater specs than the U Ultra, and wear the latest trends in smartphone technology.

HTC´s Next Flagship Will Be A Serious Threat For Huawei

Naturally, if the rumors end up being the truth, this mysterious mobile device would definitely represent a huge threat for Huawei phones, considering that we´re talking about a relatively new brand with good popularity and a mobile device that would offer the same as the greatest flagships in the world. Actually, another important element to analyze is the way in which Huawei will focus more on the U.S. market rather than the Chinese, which would be something that HTC might take advantage and take the spaces that Huawei will abandon while expanding its business globally.

As reported by Android Central, this kind of expansion is not something that the HTC will do in short term, given the fact that the company wants to establish a great reputation and an important position in the Chinese market before taking the big leap. Fortunately, with this next flagship, this mission could be possible, and Huawei should take notice of this situation.

The LG G6 represents the company´s intentions to increase its power and popularity among customers while the Nokia P1 promises to be one of the greatest mobile devices that we will see this year.

The Microsoft Surface Phone and Apple's iPhone X are mysterious smartphones waiting to be unveiled. Since fans and tech analysts cannot bear the excitement, specs and features of the forthcoming devices are making rounds in the internet.

Could Xiaomi Ever Become A Global Smartphone Giant?

Although Xiaomi is the second-largest smartphone maker in China, it´s quite possible that this company will not expand to the U.S. and western Europe markets.