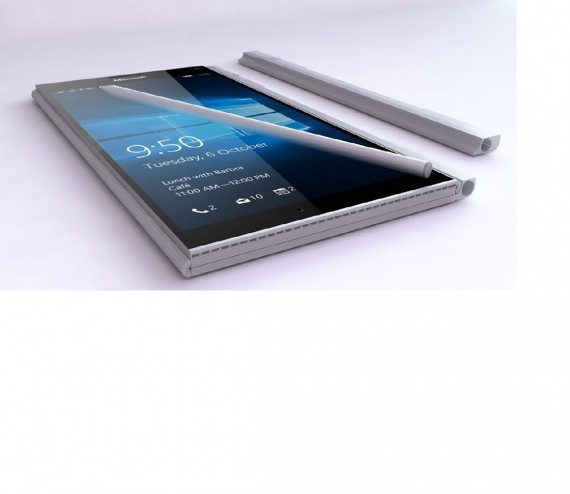 The Microsoft Surface Phone and Apple's iPhone X are mysterious smartphones waiting to be unveiled. Since fans and tech analysts cannot bear the excitement, specs and features of the forthcoming devices are making rounds in the internet. (Photo : Tech 360/YouTube)

The smartphone world has been framed in the last weeks by rumors suggesting that the two mysterious mobile devices could actually end up being the most incredible phones that customers would see this year. These are the Microsoft Surface Phone and Apple's iPhone X.

Surface Phone: A Mobile Device That Could Change The History

The Microsoft Surface Phone´s case is particular that this mobile device could be considered as some kind of myth, given the fact that its existence has been rumored for several months, and the tech giant hasn't provided any concrete information about it. Nevertheless, a lot of speculations have surfaced and is believed that this smartphone will be released this year, which would mean a new battle between Microsoft and Apple, this time in the phone business.

It has been said that the Surface Phone will be a mobile device that could be equipped with the almighty Qualcomm Snapdragon 835 processor and will be complemented by a groundbreaking 8GB of RAM and 512GB of storage. In addition to these thrilling specs, the Surface Phone might also be equipped with some form of Intel´s RealSense technology, given the fact that Microsoft has made some initiatives with its Windows Holographic and HoloLens technologies.

Also, one of the most incredible rumors regarding the Surface Phone is about its design, given the fact that this mobile device might sport a revolutionary foldable display that will turn it into the most outstanding smartphone ever made in terms of design, which is something quite important not only for any product but also for a company as Microsoft that wants to finally make a huge hit in the phone market.

iPhone X: Could This Be Apple´s Flagship This Year?

Although everyone knows that Apple´s flagship will be the iPhone 8, new rumors suggest that this could actually end up being called iPhone X, which actually would make a lot of sense considering that this letter represent the number ten, and the Cupertino will commemorate the 10th anniversary of its first iPhone this year. Nevertheless, just as the Microsoft Surface Phone, the company hasn't made any kind of confirmation regarding the release of this mobile device, but is quite possible that if this doesn't get launched this year, it would probably be the next.

According to the several rumors that have been said about the iPhone X, this mysterious mobile device would sport a 5.8-inch wraparound screen that could represent a huge pleasure for those who like big smartphones. In addition to the display´s size, another rumor suggests that this smartphone could wear a fingerprint scanner on it, earpiece and a front-facing embedded into the handset, which would definitely blow customers´ mind.

Despite being Samsung's biggest smartphones, the Galaxy Note 8 and the Galaxy S8 are competing against each other as both devices have stunning specs and features to offer.

Although the LG G6 was expected to be a great competitor for the Galaxy S8, its delay on the release date eliminate its chances for sure, which represents a huge disappointment.

Nokia 6 vs Google Android One: Battle Of Budget Smartphones

Although both the Nokia 6 and the Google Android One has already showed its greatness, only the Google budget smartphone is expected to arrive to the American market this year.