Azure Saga: Pathfinder RPG Requires You To Combine Your Skills With Others To Produce Unique Effects 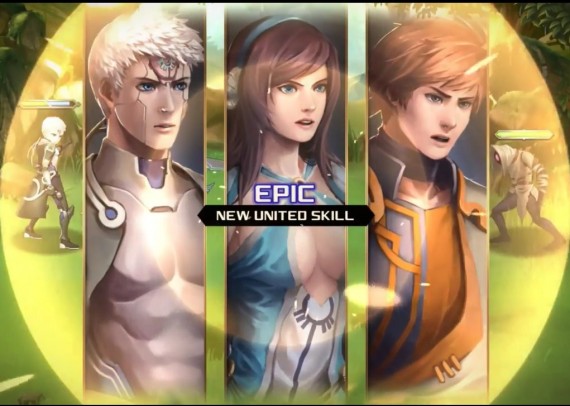 Azure Saga: Pathfinder is a new video game that is under development. Its developer claims that it is entirely unique from all the video games available today. (Photo : MassHive Media/YouTube)

What Is The Basic Story Plot Of Azure Saga: Pathfinder?

Azure Saga: Pathfinder is set at a time when all of humanity is scattered across the universe. They have left the famished earth to seek resources and energy in other planets that will keep them alive. These humans believe that there's a planet called Azure that could be the answer. They believe it has everything they need and can provide for them an alternative home.

This game is a Tactical Turn-Based RPG with a unique story and a mixture of medieval and sci-fi theme. The game developer, MassHive Media, has rendered its game world in 2.5D isometric. The main protagonist is Synch and is the character that you will control in Azure Saga: Pathfinder.  Synch's father is the chief scientist of the N.E.B.U.L.A human colony.

He, along with his Droid assistant Noide, was marooned in a strange planet. The two were stranded after the spaceship they were riding was shot down. They were supposed to fetch his father. With their ship in disrepair, with broken navigation and without any fuel, they have to look for an energy source so that it can be repaired.

The Game Requires Players To Combine Their Skills

Their adventure in Azure Saga: Pathfinder continues as the two embarked on a journey to return to their home base. As such, they have to depend on each other if they want to get back safely. And this, according to its game developer, is where this video game becomes different from other video games available today.

By working together means, the characters have to combine their skills and use them in various combo attacks. As a result, they will create unique animations and effects in Azure Saga: Pathfinder. The uniqueness of their combined efforts will depend on who the player pairs with. In other words, each individual pairings will have a different effect from the other pairs.

Combined Skill Attacks Will Result In Unique Properties And Animations

In this regard, Azure Saga: Pathfinder offers over 45 United skill attacks that have unique abilities and animations. You can unlock them as you play the game. Synch and his team have different abilities and you can use them in the turn-based combat style of the game. This game allows you to combine Synch's powers with the powers of the other characters.

By doing this, you will create attacks that have unique properties and animations. As other players see the results, they will be encouraged to try for themselves various combinations of the characters' skills and abilities. You have to do this because Synch and Noide will be involved in the squabbling, wars and politics of the inhabitants of the strange planet. As a point of interest, MassHive Media is currently asking the support of gamers to get this game released on 2017.

A tie-in between Mobious Final Fantasy and Final Fantasy 7 remake is in development. The project is also slated to be released in Stream soon.

A new free-to-play video game was recently released by the creators of Pokemon. It is called Pokemon Duel, and is played on Android and iOS smartphones.